John Inman dies of Hepatitis A – Errr…. How exactly?

The BBC is reporting that John Inman who died yesterday had “been suffering from a hepatitis A infection for a number of years.” Now I’m not the world’s expert on medicine but that makes no sense at all. Hepatitis A (liver inflammation) is easily curable and only on very rare occasions causes liver damage permanently even if it’s not treated in time. 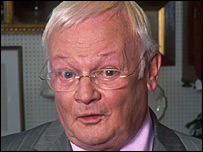 So how come the Beeb is saying that John Inman died of Hep A? He didn’t did he? He died from something else. Why is the BBC lying?

18 Comments on “John Inman dies of Hepatitis A – Errr…. How exactly?”