↓ Skip to Main Content
Home › Church of England › How to Apologise

The Diocese of London have just published this press release. 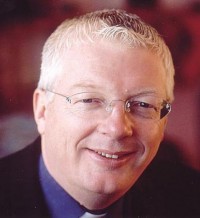 A statement from the Rt Revd Pete Broadbent, Bishop of Willesden.

“I have conveyed to Prince Charles and to Prince William and Kate Middleton my sincere regrets for the distress caused by my remarks and the subsequent media attention about the forthcoming Royal Wedding. I recognise that the tone of my language and the content of what I said were deeply offensive, and I apologise unreservedly for the hurt caused.

“It was unwise of me to engage in a debate with others on a semi-public internet forum and to express myself in such language. I accept that this was a major error of judgement on my part.

“I wish Prince William and Kate Middleton a happy and lifelong marriage, and will hold them in my prayers.”

I’ve written before on this blog about apologies. Pete’s apology is great because he doesn’t pussy foot around. He apologises not just for the upset caused but also actually for saying the things that caused offense (which as I noted earlier this year are two entirely different things). His apology is directed to those who it should be directed to (the royal family) and not to the chattering classes and Mail readers (who seem to forget that the very paper that lambasted Pete described the Royals as “most dysfunctional” only a few days before).

He has confessed, he is forgiven, grace abounds and we move on. Pete is one of the top suffragans in the country and he should be allowed to get on with the great job he does. If you don’t like the fact he’s a republican, well you need to get over it.

7 Comments on “How to Apologise”