The True Meaning of Change

Some interesting thoughts from Tim Wilkins. Can anybody say “post-gay“? 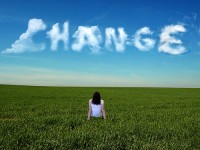 Society in general and churches in particular mistakenly believe freedom from homosexuality is marrying, having 2.3 children and a dog in the back yard. A 2001 secular study on the possibility of change shows the depth of this ingrained â€˜doctrineâ€™. Dr Robert Spitzer, a Columbia University professor interviewed men and women who said they used to be homosexual; I was one of many he questioned. As beneficial as his study was and as much as I appreciate the visibility it gave to change, his study measured heterosexual function of the former homosexualâ€“again missing the real issue.

â€œButâ€ you ask, â€œdonâ€™t homosexuals need to become heterosexuals?â€ No! Scripture never states nor implies all people must be heterosexual; it does say explicitly, however, that we are to avoid all forms of sexual immorality, which includes homosexuality. With that in mind have we not at times given the impression that homosexuals must â€œconvertâ€ to heterosexuality? Jesus did not say â€œGo and make [heterosexuals]â€œ; He said â€œgo and make disciples.â€

As I wrote earlier, the term former homosexual is inadequate if not inappropriate. We mistakenly think a person who has found freedom from same-sex attractions is now heterosexual. The former homosexual man or woman may now experience heterosexual feelings, but heterosexuality should never be his nor the churchesâ€™ goal. Heterosexuality is in many cases, but not all, a byproduct of the homosexualâ€™s dealing with the primary issues â€” a distorted self-image and faulty thinking â€” both of which Satan uses to â€œgain control.â€

The church will do well to remember that singleness is not a sin, immorality is.

What all this means is that most of churchesâ€™ advice to the homosexual misses the mark entirely!

A Christian friend who knows my testimony, met my wife Lisa and said â€œI can see why you left homosexuality; your wife is beautiful.â€ While he is correct that Lisa is beautiful his statement, like so many, represents a global ignorance on the subject. If attractive women were the remedy for male homosexuality, there would be no gay men.

Many gay men ask me how to cultivate a romantic/sexual attraction to women. I tell them that is not the issue; the issue is a distorted/broken image. (I have often thought how devious our adversary is. He not only confuses men and women regarding their sexual identity, he also confuses them and the church as to what healing really is, thus compounding the problem.)

43 Comments on “The True Meaning of Change”