Have just read this sad post over on Andy’s blog. Andy has recently withdrawn from offering himself for ordained ministry, mostly on the grounds that having trained to be a Pioneer Minister there are actually no Pioneer curacies available.

And so, as my peers were finding curacies, and getting ready to start the next stage of their ministry, I wasnâ€™t.

There were not many pioneer curacies around, and those that did exist had an awful lot of other stuff to do as well, stuff that I just donâ€™t feel called to do, that others can do with significantly more sincerity, authenticity and passion. The sense was that the pioneering element was usually an add-on to the â€˜actualâ€™ job.

I have really tried hard to play the game with integrity. Some have seen my increasing sense of the kind of ministry I feel called to as a stubborn refusal to do â€œwhat everyone else had to doâ€. But the thought of spending 3-4 years dong a job that brought me little life began to suffocate me. There is a degree of salesmanship in any church ministry, and I just donâ€™t believe in the product enough to sell it convincingly.

I know the product works for some, I have seen this evidence with my own eyes. I even have friends for whom it is the only product that helps them. I want them to thrive, and so I want them to have ready access to that product.Â I’mÂ just not the man to maintain it for them. I have another, similar yet different, model to sell. I believe in it, it works for me, and I have seen it work for others. The problem is that the Church is just not ready to have the range of products necessary for my sales technique to work.

And so I have made the decision to not get ordained. For now. Most people I have told are supportive of my decision, some have expressed concern or doubt. Iâ€™m trusting God will lead me here. Ordained ministry is still a possibility, but for now it feels like the disadvantages outweigh the advantages. We shall see. 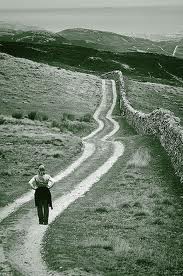 This echoes a lot of our pain over the past few years. Having offered myself time and time again for parish positions, and having no problem with demonstrating the necessary skills and experience for the position (in one case the only reason the other candidate was chosen was that she had a year’s more ordination then I did), I find myself with no church job. Of course the problem is very clear, just as it is Andy’s case – the Church of England on the whole wants parish priests and very little more. In comparison, I am that not so very little more.

In the last few weeks I have made the last of another round of applications for positions, both parishes and non-parish jobs. All have come to nothing. Unless something attractive comes up in the church press over the next few weeks I doubt I will apply for any more. Instead I am turning my eye towards secular posts which seem to be plentiful and which already I am getting a good initial response from.

If I end up in secular employment, that will have consequences for the other work I do. Firstly it means I will have much less time for this site. Ordained stipended ministry gives one time to read and reflect and dialogue in a number of areas. Part of the success of this site has been the time available to me to do the hard work of thinking, theologising, pastoring. responding and interacting in the area of sexual identity. That will stop when I have a full-time job outside the Church. I simply won’t have the resources to do the work I currently do, nor would I want to with another competing professional hat on.

Part of me is sad about that but part of me just accepts it as it is. I have lost count of the number of bishops and senior church leaders who have told me what a vital voice I am in the current debate in the Church of England. At the same time, not a single one of them has been willing to put any money where their theology is and this is possibly the most painful aspect of this whole experience, the many people who have said they wanted to do something to help and then have vanished never to be spoken to again.

The effect on the Twurch of England will be less, but still noticeable. We will still be able to produce podcasts, but the interaction with Twurch members and others will slow right down. We had a number of project ideas for expanding the remit of the Twurch – there will be little time for those now.

I don’t doubt some will celebrate my disappearing off the stage – that is to be expected. At some point however I need to feed my family and if the Church is not willing to help me do that as I offer myself to it then I will have to look elsewhere for a monthly pay cheque. In the meantime, I have been reflecting on the abject failure of the Church of England to have any form of joined up thinking about career paths for its clergy. There is no coherent strategy for progressing curates to their next post, and in most instances the hierarchy operates a laissez-faire approach which turns into utter disinterest in providing any security for its curates, often with young children to support – Common Tenure is meaningless on a fixed-term contract. New ordinands are encouraged to offer themselves for Pioneer ministry without any thinking through as to the number of pioneer posts available to them on completion of training. The list goes on. In any organisation of even a tenth of the workforce of the Church of England, simply personnel failures like this would be disastrous for the future success of the organisation. In the Church of England these failures seem to be pretty standard.

Unlike some, I have not railed publicly about my lack of success in finding a suitable post. I could tell you stories of extraordinarily poor pastoral care and others of great compassion. For example, the bishop who told me he had me specifically in mind for a particular position, only for me to see it advertised a few months later without any further contact. Perhaps once I am safely out of stipended ministry I might share some of those, not to name names but rather to illustrate how the Church of England simply fails so very often at the basics of HR, to point towards a better way of resourcing and prioritising our clergy and others.

Like Andy, I am a square peg seeking to fit into the limited offerings of inflexible round holes. Time to look elsewhere where the quadrilaterals are more appealing.