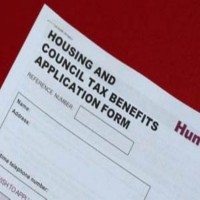 Take two identical people. They both earn the same amount of money each year (for the sake of argument let’s say Â£20,000). They work for 20 years. They both married ten years ago and both have two children, aged 5 and 2. They both payÂ identical rent for identical houses. They have paid identical tax and identical national insurance for 20 years.

The only difference between them is that person A saved Â£1,000 a year (so he now has a nice nest-egg of Â£20,000) whilst person B spends all the money he has and lives from month to month with no savings.

Both are made unemployed. One of them will receive housing benefit, the other won’t.

Guess which one and why.

The Benefits system in this country rewards profligacy and penalises investment and responsibility.