News from the Church of Ireland that the events of the summer with the entering into a Civil Partnership of the Very Rev Tom Gordon, Dean of Leighlin Cathedral, are moving to the middle game. 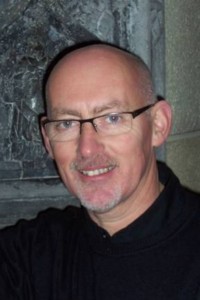 The Very Rev Tom Gordonâ€™s same-sex union, which was reported for the first time on Saturday, led to weekend meetings of â€œgenuinely shockedâ€ senior figures from the traditional wing of the church, while gay rights campaigners hailed the move as evidence of the growing acceptance of same-sex couples within the Church of Ireland.

Yesterday the Rev Gordon said that he had received approval from his bishop, the Rt Rev Michael Burrows, prior to entering the partnership in July with his boyfriend of 20 years.

The development has made the Church of Ireland the latest battleground in the Anglican debate about clergy in gay relationships, which threatens schism in the worldwide communion.

At the weekend a church spokesman said that it was a â€œcivil matterâ€ and declined to give the churchâ€™s view on the Rev Gordonâ€™s formalised partnership.

But the editor of the influential Church of Ireland Gazette, Canon Ian Ellis, said that the church was appearing muddled to the outside world as it had no position on the issue of clergy in same-sex unions.

And, after Saturdayâ€™s report in the News Letter, it is understood that senior figures from the traditional wing of the church â€” which is largely based in Northern Ireland â€” met to discuss how they will respond.

One source involved in the discussions said that conservative and evangelical members of the church felt that they had been â€œcatapulted into the same position as the Church of Scotlandâ€ where the acceptance of ministers in civil partnerships has threatened a split.

The response of the Church of Ireland has been to call a conference in the new year to discuss matters around human sexuality. Here’s the Archbishop of Armagh’s diocesan address from this weekend.

We plan to organize a major conference in Spring 2012, to which members of the General Synod and some others will be invited. The purpose of the conference is to discuss the content of this Pastoral Letter, to assist the church in becoming more fully informed, and to explore wider issues related to human sexuality. In preparation for this conference, we commit ourselves, as bishops, to additional meetings, including a retreat, where we will study and pray together. The conference is not intended to be an end in itself. Study in biblical, theological and legal issues, both before and after the conference, needs to be encouraged and undertaken.

Members of Synod, you will recognize that the time available for arranging and resourcing a conference that is to take place in the spring of 2012 is very short. We have yet to confirm dates and a venue. Even so, the importance of the opportunity should not be underestimated.

This will be a conference about study and listening. It will give a much greater opportunity for prayer, thought and dialogue than is normally afforded by formal proceedings of the General Synod. It will be part of a process designed to give members of the General Synod the equipment to discuss sensitive matters in a constructive way.

Frankly I do not think that we do this kind of thing often enough. There are many other issues of fundamental importance to our society that deserve thoughtful consideration by the Church in order to enable us to make a more effective contribution to the discussion of the moral and ethical dilemmas that face us. Perhaps, therefore, we can learn important lessons from the process of the conference itself and not simply from the conference deliberations.

In the period before the conference meets, and afterwards too, we place ourselves under an obligation to identify and provide study material, the better to be informed as a church on biblical, scientific, theological and legal issues that impinge upon this complex matter. That commitment alone will place heavy demands upon our time as bishops as we seek to assist the Church of Ireland in moving towards a common mind. The conference itself, together with the preparatory work and the work that must follow, are intended to act as stepping stones towards the establishment of that common mind.

If I may say so, the particular duty of the Primate in all this is to facilitate the process and enable an honest and fruitful dialogue, recognizing that in all matters of doctrine and in many matters of practice, the General Synod has determinative authority under God. The Primate also has to provide for the exercise of that determinative authority at an appropriate time. Therefore, in seeking to fulfil that dual responsibility I wish to call for a spirit of mutual generosity and care in the discussion of these matters as we prepare for the conference and any synodical process that might follow. The Pastoral Letter puts it thus:

We urge people of all shades of opinion within the Church of Ireland to refrain from any actions or the use of emotive and careless language which may further exacerbate the situation within the Church. Such restraint will greatly facilitate the work ahead.

Sometimes we fail to recognize what good fortune we enjoy as members of the Church of Ireland. In some other Churches we should not enjoy the freedom to take counsel together, we should be told what to think and prevented from exploring important issues in an open and mutually responsible way. We are a Church that respects and values individual, personal opinion but also provides for the establishment of the corporate mind and will of the faithful. These are treasures that we should cherish, they are privileges we should exercise with due care for the revealed truths of the Gospel and the well being of fragile and vulnerable people.

It strikes me that the Church of Ireland has an extraordinary opportunity to demonstrate to the rest of the Communion how to do a listening process properly. A number of points:

What the Church of Ireland is presenting us with is an opportunity to do this right, to demonstrate to the rest of the Communion what openÂ accessibleÂ listening looks like and what a clear end process should be. There is a perfect opportunity to listen and then decide.
Are you watching House of Bishops of the Church of England?