↓ Skip to Main Content
Home › Celibacy › How Achievable is Celibacy?

How Achievable is Celibacy? 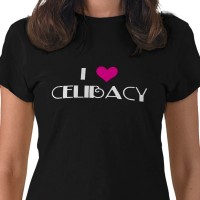 One of the criticisms levelled at a conservative reading of Scripture on human sexuality is that it demands of those with same-sex attraction too much when it implies that those who don’t marry someone of the opposite sex should remain celibate. We are told that such a demand isÂ unconscionable, that it is unacheievable.

In response I want to offer you some examples of gay men who have accepted a life-choice of celibacy and whose ministry has thrived in spite of it.

The first man is Henri Nouwen. A much loved and admired Roman Catholic priest whose “The Wounded Healer” and “The Return of the Prodigal Son” are recognised as spiritual master-pieces. He struggled with same-sex attraction and was outed shortly before his death and his book “The Inner Voice of Love” is widely regarded as speaking, amongst other things, about his struggle to remain faithful to his vows.

Here’s what one site has to say, 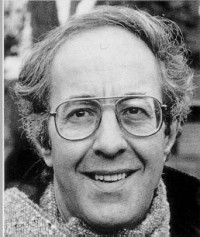 As transparent as Nouwen was with his audiences, few people knew of his on-going efforts to cope with and resolve same-sex attraction or homosexuality. Only a very few people knew of this struggle, yet this was an issue for Nouwen throughout his life and is an unseen backdrop to most of his writings. While Nouwen was apparently non-judgmental about Christians who lived their lives in a gay relationship, his own personal, biblical and moral convictions led him to adhere to his vow of chastity and choose to live as a celibate man.

Yet, as is true for most same-sex attraction (SSA) people, Nouwen had a deep and ever-present and pressing need to be loved and to love someone of the same gender, which had been unfulfilled and left him feeling incomplete from his childhood. Nouwen knew that being truly loved and being able to truly love another is the core issue of all our lives for we were created in the image of God Whose Name and Nature is Love. Between the lines of all Nouwen’s writings is this unfulfilled need to love and be loved, a love he apparently experienced then lost towards the end of his life.

Though Nouwen never spoke publicly of his SSA issues, or specifically identified his SSA issues, he has much to share about the emotional and psychological conditions underlying SSA. It is this perspective that will be examined in his writings, especially in the writing he called his “secret journal”, published asÂ The Inner Voice of Love: A Journey through Anguish to Freedom, Doubleday New York, 1996. It can be read online atÂ The Inner Voice of Love.Â Nouwen had wonderful insight into the inner life of the SSA Christian because he could search out and effectively articulate his own woundedness. This is the reason I have used his writings and life as the focus of this website. I believe “The Inner Voice” offers a substantial program of potential healing for SSA Christians.

About this book theÂ HenriNouwen,orgÂ website says, “Certainly one of the most compelling of Nouwenâ€™ s books. Itâ€™s power lies in its strictly personal nature, a private journal not intended for publication. For eight years it sat in a drawer in Nouwenâ€™s room, shared only with closest friends. Over the years friends urged that it be released for publication. Nouwen resisted throughout, insisting that it was too personal. Fortunately, only months before his death, he yielded to importunings and after the necessary editing released the journal to his publisher. The record of a fierce inner struggle following what he called “an interrupted friendship,” a friendship that he had come to depend on, only to find himself seemingly abandoned and rejected. He left his community, went into counseling therapy, and during this period, after each counseling session wrote a “spiritual imperative” â€” “a command to myself that had emerged from our sessions. These imperatives were directed to my own heart. They were not meant for anyone but myself.” Which is precisely what makes them so powerful.”.

The second example I want to give you may surprise you, but his ability to remain celibate for a decade provides a major challenge to those who say such a demand is unreasonable and spiritually damaging. Jeffrey John has been, since at least the time he was nominated as Suffragan Bishop of Reading, celibate. It doesn’t seem to have done him any harm. He is still fondly regarded by his congregation in St Albans and there is no evidence that his preaching has diminished in the past ten years or that he is less of a pastor then he was when he was sexually active. Is the celibate Jeffrey John anything other than the great priest many claim him to be? Indeed, has celibacy actually been integral to his ministry of the past decade?

Before I got married I was celibate. Although I struggled as everyone else does with loneliness and also longed at times for sexual union with another, there was also a sense that once I had made the conscious decision to live celibacy (rather than fight it) it became less a struggle and more a long-distance run. I purposefully choseÂ not to look for a wife until God would bring someone into my life is that was his will. Reading Scripture I was clear that God didn’t promise me sexual fulfilment as a reward for following him. Neither was celibacy a “gift”ever promised, but it was a demand of holiness for those unmarried. Indeed, it seemed to me to make a mockery of sacrifice and struggle if God only ever demanded of people (like celibacy) things which he gave them no problems in accepting. So I chose to be celibate, to die to my flesh and to accept God’s will. Once I accepted it it became much easier to live, and when I suddenly met the wonderful woman who God wanted me to marry I was ready because I was in God’s place, in a position where I was no longer looking for marriage (and sex) to provide me with anything.

If three ordinary men can manage to live celibacy and be fruitful despite of it, why not others? Why do we think it an impossible demand when all kinds of Christians cope, and thrive, by making such a decision?

61 Comments on “How Achievable is Celibacy?”