Escape from the Liturgy

Vicky Beeching has written a column for the Independent in response to the utterly superb wedding flash mob featuring the Revd Kate Bottley. 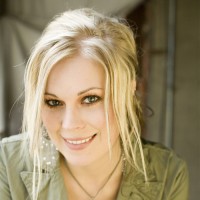 It made me reflect on theÂ summer solstice, attended by over twenty one thousand people, at Stonehenge last week. We live in a post-Christian nation, yet spirituality is still very much alive and kicking. People flocked to the pagan stones in search of a transcendent experience, with most describing themselves as Â ‘spiritual but not religious’. This huge solstice attendance brings many questions to the doors of established religion. The latest Church of England attendance figures teeter between stabilisation and continued decline. So why aren’t these twenty one thousand spiritual seekers beating down the doors of their local parish church instead of driving to Stonehenge for their spiritual kicks?

My hunch is that it has a lot to do with the style of church gatherings. In this digital age, participation has become our natural way of life; the internet has moved from “1.0” to “2.0” and the formerly passive experiences of reading a static webpage of text has exploded into a multi-directional, fluid exchange of views and user-generated content. We don’t just consume or passively receive information any more; we comment back, we contribute, we change things. We aren’t just receivers; we are shapers of the digital environments we inhabit.

Yet in Church,Â besides reading wordsÂ from a sheet or screen and saying hello at a set time of socialising, most activity takes place from the front, led by one or two people. The style is that of an old-school classroom, with seats or butt-numbing-pews facing the leader who stands at a podium. Even schools have (for the most part) abandoned this old classroom model in favour of something with a far more interactive seating plan, so this set up is increasingly alien to a new generation.

The great thing about the wedding flash mob and Rev Kate Bottley’s courage in leading it, was that suddenly the whole room was swept up into something participatory. They were jolted out of the boredom that can set in during church. It stopped them from texting or playing Angry Birds under the pews and the element of joy, surprise and energy drew them in. They became participating shapers of the experience, not just semi-passive recipients.

So perhaps the model of worship services is something the church can re-imagine. Some are doing this already; the Fresh Expressions movement, for example. But the majority of churches of a Sunday deliver a front-led, classroom style experience that may need some imagination and creativity. I wonder what “church 2.0” would look like, where leadership is more open-handed and every attendee shapes the experience and collaborates. Scary for the leadership as it means relinquishing much control. But if this could become reality, might it bring the Stonehenge spiritual seekers into the doors?

What Vicky should have given us is not a list of (wrong) reasons why people don’t go to church, but rather some clear examples of the kind of collective worship she thinks would be successful? Interestingly, most of the big Anglican churches in this country tend to espouse the very model Vicky rejects. Been to a Cathedral for Sunday Eucharist recently?

7 Comments on “Escape from the Liturgy”