Gadget Vicar says it all so very well. 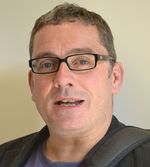 Much as I love Uganda, I must say this: the legislation signed into law by President Yoweri Museveni this morning is an evil thing masquerading as a good thing. It will bring persecution of people with same sex attraction and that is cruel.

That is no way to treat anyone, and it will have a negative effect on Uganda’s standing in the world. In addition, it’s definitely not the best Christian attitude available towards those one does not agree with.

9 Comments on “The Ugandan Law”