Mike Higton on the Bishop’s Statement

Mike Higton (new to me but really interesting) has written some very incisive stuff on what the House of Bishop’s statement on same-sex marrriage isÂ actuallyÂ about. 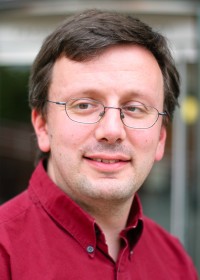 The argument of the document (which, let me stress, isÂ notÂ my argument!) can, I think, be set out as follows.

1.Â There is an essential complementarity between men and women.

2.Â The acknowledgement and expression of this essential gender complementarity is necessary for the flourishing of human society.

This complementarity has been recognised and expressed in societies down the ages; it is â€˜enshrined in human institutions throughout historyâ€™ (Summary), and this acknowledgment serves â€˜the common good of all in societyâ€™ (Â§4).

3.Â Acknowledging and expressing this complementarity is central to the purpose of marriage.

â€˜Marriage benefits society in many ways, not only by promoting mutuality and fidelity, but also by acknowledging an underlying biological complementarity which, for many, includes the possibility of procreation.â€™ (Summary.)Â This is what the document means when it speaks of the â€˜intrinsic nature of marriage as the union of a man and a womanâ€™ (Summary), and says that â€˜marriage in general â€“ and not just the marriage of Christians â€“ is, in its nature, a lifelong union of one man with one womanâ€™ (Â§1): the emphasis falls firmly on â€˜manâ€™ and â€˜womanâ€™. Of course, there are other goods proper to marriage â€“ mutuality and fidelity â€“ but these are not at issue in this debate, nor are they unique to marriage (Â§9). â€˜[T]he uniqueness of marriage â€“ and a further aspect of its virtuous nature â€“ is that it embodies the underlying, objective, distinctiveness of men and womenâ€™ (Â§10). This understanding of marriage is â€˜a matter of doctrineâ€™, â€˜derived from the teaching of Christ himselfâ€™ (Â§1), â€˜derived from the Scripturesâ€™, and â€˜enshrined within [the Church of England’s] authorised liturgyâ€™ (Â§2).

4.Â Marriage is the primary social institution by which our society acknowledges and expresses this complementarity.

â€˜Marriage has from the beginning of history been the way in which societies have worked out and handled issues of sexual difference. To remove from the definition of marriage this essential complementarity is to lose any social institution in which sexual difference is explicitly acknowledged.â€™ (Â§11)

This is why the problem can be seen as the governmentâ€™s attempt â€˜To remove the concept of gender from marriageâ€™ (Summary). And this is what is meant by the claim that the proposals would â€˜change the nature of marriage for everyoneâ€™ (Summary). Itâ€™s not that the authors of the report think that the strength of my marriage will be undermined if other people enter into a union of which I disapprove. Rather, they think that marriage as an institution will be less capable of performing one of its most important social functions if it ceases to be clearly defined in gender terms. And this is also what the authors of the report mean when they say that the legislation will involve â€˜imposing for essentially ideological reasons a new meaning on a term as familiar and fundamental as marriageâ€™ (Summary). The ideology in question is one where â€˜men and women are simply interchangeable individualsâ€™ (Â§12) â€“ which is the only alternative the report imagines to its own account of essential gender complementarity. And all of this is why the report can plausibly say that this is not (directly) an issue about the acceptability of homosexual sexual activity, but about the fact that â€˜the inherited understanding of marriage contributes a vast amount to the common goodâ€™, and that this will be lost, â€˜for everyone, gay or straightâ€™, if â€˜the meaning of marriageâ€™ is changed (Â§5). â€˜We believe that redefining marriage to include same-sex relationships will entail a dilution in the meaning of marriage for everyone by excluding the fundamental complementarity of men and women from the social and legal definition of marriageâ€™ (Â§13) and â€˜the consequences of change will not be beneficial for society as a wholeâ€™ (Â§8).

6.Â The essential complementarity is biologically grounded, but it is not reducible to, capacity for procreation

It is, according to the report, fundamental to the definition of marriage that the couple be â€˜open to bringing children into the world as a fruit of their loving commitmentâ€™ (Â§25); it quotes theÂ Common WorshipÂ liturgy to the effect that marriage is the â€˜foundation of family life in which children may be bornâ€™ (Â§2). More precisely, marriage relies upon a â€˜biological complementarity with the possibility of procreationâ€™ (Â§6); more precisely still â€˜This distinctiveness and complementarity are seenÂ most explicitlyÂ in the biological union of man and woman which potentially brings to the relationship the fruitfulness of procreationâ€™ (Â§10; my emphasis). â€˜And, even where, for reasons of age, biology or simply choice, a marriage does not have issue, the distinctiveness of male and female is part of what gives marriage its unique social meaningâ€™ (Â§10).

7.Â Properly acknowledged, this complementarity will be expressed in specific and distinctive contributions from men and women in all social institutions.

The report states that â€˜a society cannot flourish without the specific and distinctive contributions of each genderâ€™ (Â§12). After all, this is a fundamental reason for supporting â€˜the deeper involvement of women in all social institutionsâ€™ (Â§12). In other words, marriage is the means by which we recognise and celebrate an essential gender complementarity, which needs to be recognised and affirmed for the sake not just of marriage but the sake of â€˜all social institutionsâ€™, which will flourish more fully if the â€˜specific and distinctive contributions from men and womenâ€™ are given full expression in them.

The more I have thought about these exchanges, the more it has seemed to me that there is a case of genuine mutual incomprehension at the heart of them.

Of course, you should immediately distrust me whenÂ I say something like that, because it involves me pretending to an airy overview, as if I can see more clearly and truly than all those poor saps down in the trenches â€“ and because it might allow me to adopt an avuncular neutrality that refuses to make judgments about the actual arguments and evidence involved. Â So let me say immediately that I am broadly with the 24 who signed Lindaâ€™s letter. Â I think that paragraph 9 of the Bishopsâ€™ Guidance will continue to be misleading unless replaced with a more carefully qualified statement. And I think that it does matter, and that it would have been far, far better had there been a quick and cheerful admission of inadequate drafting, and the promise of a speedy revision.

I am Â more interested, however, in trying to understandÂ whyÂ such a speedy resolution of the issue didnâ€™t happen, and why (if I am right) it was always unlikely to happen. Â And, as I say, I begin to suspect that there is a case of genuine mutual incomprehension here â€“ and the more I think about it, the more revealing I think it is.

It’s fascinating stuff and some of those who comment here are already engaging.

15 Comments on “Mike Higton on the Bishop’s Statement”