↓ Skip to Main Content
Home › Biology › O Brave New World, that has such people in it

O Brave New World, that has such people in it

In case you hadn’t noticed, the Government is pushing through a piece of legislation that looks set to be the most anti-God piece of law that this country has ever seen. Forget the legalised slaughter of tens of thousands of children each year or the evaporation of the concept of blasphemy. The Human Embryology and Fertilisation Bill looks set to allow scientists and ordinary people to engage in acts of biological fiction and in the process sticking two fingers up at the Divine Creator.

Think I’ve lost it? Think again. His Grace points out the clear issues at stake:

All Labour MPs will all be under a three-line whip to back the Human Fertilisation and Embryology Bill – except Roman Catholics. Cabinet ministers are normally bound by collective responsibility to vote for any Government Bill, but three senior Cabinet ministers – Des Browne, the Defence Secretary, Ruth Kelly, the Transport Secretary, and Paul Murphy, the Welsh Secretary – threatened to rebel because it will allow lesbian couples to be registered as legal parents, and permit the creation of human/animal hybrids – chimeras – which the Roman Catholic Church insists should be regarded as human and their mothers should be allowed to give birth to them.

What the Bill will do is allow a lesbian couple to engage in IVF treatment and, whether the sperm comes from an anonymous donor or someone who they know, allow them to have both the mother of the child and her female partner listed as the two parents on the birth certificate. That is a biological nonsense.

A birth certificate is not about listing who the two people who raise a child are. If it were then everytime a child inherited a new step-parent you would have to take their birth certificate, erase the old parent and write in the new. The Tipp-ex company would have a field day with its profits and the civil service would be run off its feet. But of course we don’t do that because in the UK a birth certificate is a statement of biological fact. It simply states very clearly who the father of the child is and who the mother is. Where the identity of either parent is unknown then the space is left blank (and that happens these days more than you would think).

But imagine if you were a woman who gave birth and when you went to register the birth you said that the father of the child was "Sir Winston Churchill, former Prime Minister of the United Kingdom". Do you think that the registrar would sign the certificate as a true and accurate record of the parentage of the new child? Do you heck. Winston Churchill has been dead for over 40 years and to the best of my knowledge the idea that he froze his sperm before death and the mother in question has used that for impregnation is slightly far-fetched. The bottom-line would be that to claim Churchill as the biological parent of the child would be a bare-faced lie and nothing more.

And just before I get the usual round of allegations of homophobia, let’s be clear that this has nothing to do with the validity of homosexual parenting. Many homosexual parents do a fantastic job of reaising their children and should be applauded for it. Others adopt and bring up boys and girls who might otherwise have no home – once again I salute them. But in all these situations there is no pretence that the homosexual couple were both the biological sires of the children in question.

You see, I dropped biology at school when I was 15, but even my scientific dullard brain knows that this is sexual nonsense of the highest order. What is proposed is nothing less than a genetic fiction, a pretence of biology to suit a societal mindsight. In an attempt to promote a new ethic of human relationships (you can screw who you want, when you want, and it’s OK) it is "equal opportunities" gone mad. Ultimately though, in rejecting biological truth and fictionalising pedigrees, it is a huge swipe at God, for the law attempts to deny how he has created human beings and in its place create a new fantastical truth about relationships and nature.

However, help is at hand in the form of three Cabinet Ministers who might have other ideas. The Daily Mail picks up the story….

Just what would it take for the three Roman Catholic Cabinet Ministers – Des Browne, Ruth Kelly and Paul Murphy – to tell the Prime Minister that their consciences matter more than their jobs, if the horrors within the Human Fertilisation and Embryology Bill are not enough to screw their courage to the sticking point?

Forced sterilisation of the unfit? Euthanasia? Slaying of the first-born?

The Bill raises fundamental moral issues on fertility and embryo research which should never be considered a matter of party politics and are an anathema to the Catholic faith. 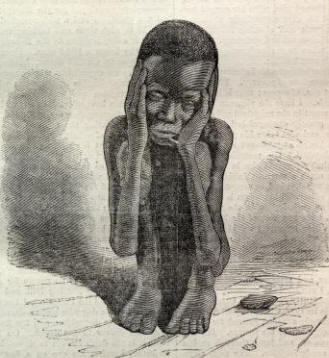 The Bill is full of the most abhorent nonsense. Forget the fuss about placing fertilised human cells inside animal ovum shells (which isn’t half as Frankensteinian as some make out, but still has its own problems), the legislation before Parliament includes proposals to create "saviour siblings" to provide biological components needed to treat their brothers and sisters. Sounds nice in theory, but in practice what the Bill proposes is to allow human beings to be made simply to exist for the convenience of other human beings. We already have a word for that – Slavery – and it’s an ungodly idea that we thought we’d got rid of over 150 years ago in this country. But Labour it now seems, while backing every campaign to abolish child slavery in the developing world, wants to bring it back in the UK. Forget sticking children up chimneys, Gordon Brown would manufacture them in test-tubes to be carved up for other’s usage.

75 years after Aldous Huxley penned his famous novel about a futuristic caste system in a socially and biologically engineered world, Brown and the Labour Party seem to want to beat the timing of the novel (set in 2540 AD) by a mere half a millenium. But more scary still is the fact that this Bill is being pushed through Parliament in a manner more akin to Huxley’s great contemporary Orwell’s most famous novel – 1984.

Normally when a Bill of contentious ethical content comes before the Commons MPs are permitted a free vote. That was the case when the ban on abortion was overturned in 1967, when issues aroud capital punishment have come to the floor of the house and when the original 1990 Human and Embryology Bill was passed. Not so this time round. This time round it isn’t good enough for the Government to ask MPs to consider its controversial attempt at rewriting the morals of thousands of years, it insists that it MPs vote for it.

Enter the three MPs above who all currently sit round the Cabinet Table. This is the position they face (as the Daily Mail piece continues):

Yet Labour’s Chief Whip, Geoff Hoon, has told this Cabinet trio – and another 15 members of the Government who are unhappy about the Bill – that they must not vote against it if they want to remain in their jobs.

The trio seem to have put up enough of a fight to be allowed to abstain. But since they believe parts of this Bill to be morally wrong, abstention should not be an option.

I want you to notice what the Chief Whip is saying. In order for the Catholic trio to maintain their careers, they must keep silent. As long as they don’t make a fuss, they’ll be OK. Not voting is fine, but voting against, that is not to be countenanced, even on a matter of conscience.

This is frankly typical of a Government that claims to be creating a liberal and free society, but in fact is constructing a 21st dictatorship of thought that makes INGSOC look lightweight. While tolerance is demanded of those who are socially conservative in the light of unholy developments in societal attitudes and practices, the same tolerance is not to be permitted in the other direction. Far from creating a pluralistic smorgasbord of views and opinions, the Labour Government of the past decade has slowly but surely, through one law after another, laid the foundations to make traditional Christian morality a thought crime. You cannot express opposition to a sexual practice because that would be homophobic. You cannot ask for the traditional religious beliefs of this country to be defended because that would be bigotted against other beliefs.

Cranmer raises the choice that the Catholic trio now have. Forbid it that they will cave in:

Just look at those three ‘senior Roman Catholics’ and consider the shame and dishonour they bring to their church when they are elevated to the status of being her representatives. They pick and choose their concerns and priorities, voting for homosexual rights here, banning adoptions agencies there, or conveniently absenting themselves from the Chamber when they may be forced to reveal their true beliefs. One wonders how any true Roman Catholic could support the current Labour Party, given the aggressively anti-Christian agenda that has been prosecuted over the past decade.

And then compare those three with the likes of Edward Leigh, Iain Duncan Smith, Ann Widdecome – fine upstanding Roman Catholics all; not a word of duplicity or stance of equivocation among them.

I pray it will not be so. I pray that rather they will not abstain with their careers in mind, but rather vote "No" with their Lord in mind. On that day we may then truly be able to say, O Brave New World, that has such people, such martyrs, in it. I promise you that if this country and Government continues on its current track, they will not be the only ones in the days to come. Now then is the time to stand, to worship and to say that we will bow to no other moral authority but our Lord and Saviour, whatever the cost.

1 Comment on “O Brave New World, that has such people in it”