Things NOT to say, Number 36 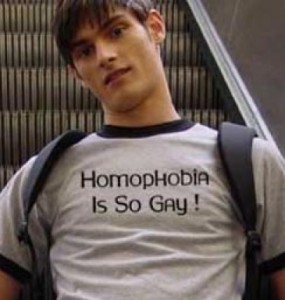 I present this absolute gem from the front page of today’s Church of England Newspaper.

David Skinner, a Baptist who started the petition, said: â€œThere is no such thing as homophobia, because there are no such things as homosexuals. Homosexuals are the invention of a German in the 19th century who was a pederast.â€

Where do we begin…

Update – The “German” that Skinner is referring to is the Austrian Karl-Maria Kertbeny.

Let me be clear – I have absolutely no regret on picking David Skinner up on this. His comments are factually inaccurate, consequentially derogatory and do the Gospel no service whatsoever. We need to stop defending conservatives who come out with this kind of nonsense and realise what the effect of language like this actually is. Sweeping it under the carpet in the name of “we’re on the same side” simply won’t do.