Marin on the Uncomfortableness of Real Mission 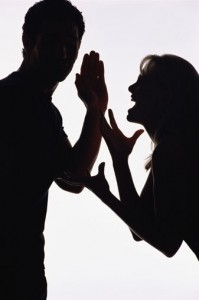 Andrew Marin is writing some brilliant posts at the moment on his blog and here’s his latest on how he responds to those who accuse him of undermining the Gospel.

I do not hide the fact that, theologically, I believe in a traditional interpretation of Scripture. The difference that ultimately leads to others being â€˜concerned that I am undermining a traditional conservative stance on this topicâ€™ is because I live out my conservative beliefs differently. I live them out incarnationally with my wife in the gay community, though I am straight and have always been such.

As I explained, I intentionally moved into the gay neighbourhood to learn from and listen to the same GLBT people that I wanted nothing to do with, that I didnâ€™t agree with socially or theologically and that I repeatedly hurt and thought not worthy of my Christ.

I have to admit that, in their fear, they hurt me. I have great pain when brothers and sisters call me names because of their own fear. I have great pain when the publication Anglican Mainstream prints that I am more dangerous to Christianity than the openly gay bishop Gene Robinson. I am still yet to figure out what is dangerous about me. Is it my conservative belief in Scripture or is it that I model my life after Jesus? At the end of the day, if how I am living my faith is dangerous then, Lord willing, might there be more dangerous believers around the corner to keep relentlessly working toward a biblical reconciliation between two warring factions no matter who or what, from either community, tries to tear us from God and from each other.

Perhaps that’s a challenge to others. Andrew is perfectly orthodox in is his understanding of what Scripture says is and isn’t acceptable sexual practice for Christians. Given this, can someone who thinks Marin is “dangerous” explain how showing love to sinners but never compromising on what the Bible says when asked is undermining the truth?

9 Comments on “Marin on the Uncomfortableness of Real Mission”