A fascinating report from ACNS. 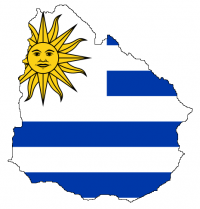 One week after a proposal to allowÂ dioceses to individually permit women’s ordination to the priesthood was turned down byÂ the Tenth Synod of the Province of the Southern Cone, the Diocese of Uruguay has voted to seek another jurisdiction with which to share its ministry.

The vote in the Province had been by a specific request of the Diocese of Uruguay and sought to allow a diocesan option in the matter, rather than Provincial wide adoption, so that the diocese could proceed to minister within a very difficult agnostic milieu.Â Uruguay felt that after a nine year hiatus since the last vote for approval, a patient wait would be rewarded.Â That was not the result and so the Uruguayan Synod took this measure to move away from the Province.

The extraordinary diocesan SynodÂ was held November 12 in the capital city of Montevideo and the motion to quit the Province was proposed by the Diocesan Council and passed with a simple majority vote in orders according to the Uruguayan canonical process.Â Bishop Miguel Tamayo then informed the Primate, Hector ‘Tito’ Zavala, Bishop of Chile, the other Bishops and the Executive Council.

The diocese requests that permission for transfer from the Province take place within the year and that if this is not possible an appeal would be made to the Anglican Consultative Council to arrange for oversight, following Provincial canons.Â Uruguay has been a diocese within the Southern Cone since its formation in 1988.

Interesting. There is some discussion over on Thinking Anglicans as to what the implications are. One suggestion that

is I think not that coherent from a liberal perspective (which is where TA commenters tend to come from). One could easily argue that the 50 States of the USA have certain distinctions which make them equivalent to independent federated territories – separate domestic tax raising powers for example. And since when did the Anglican Church automatically bow to national boundaries? Some of the Church of England (e.g. in the Diocese of Chester) is in the Principality of Wales – the idea of national boundaries being natural constitutive distinct ecclesiastical boundaries is not a guiding principle for the Communion.

I think the folks at TA are looking at this from the wrong perspective. The issue isn’t politically what the Southern Cone would (or wouldn’t) be saying if it did (or didn’t) let Uruguay go. No, the real interesting point is what a Province would be saying if it permitted Uruguay to join. Let’s assume Uruguay leaves to join Brazil or TEC. That would mean that the province that accepted it’s entry recognised the ability of a diocese to leave one province and join another. For Brazil it would undermine the ongoing row over the Diocese of RecifÃ©. For TEC it would mean that the action of accepting Uruguay would single handedly undermine all efforts to “reconstitute” dioceses that have left (San Joaquin, Fort Worth, Pittsburgh for eg) and would mean it would accept the ability of any other diocese to leave.