Synod Vote on the Covenant 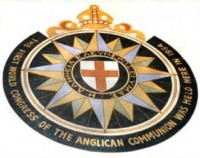 General Synod meets today and over the course of the next few days will discuss a number of things, including the controversial (for some) Anglican Covenant. The debate will take place on Wednesday morning and will finish with a vote that to all intents and purposes either accepts or rejects the Covenant in its current shape.

Of course, not everybody is happy with the Covenant in its present form. Liberals see it as far too restrictive, recognising that in its current form it is highly likely that ECUSA and the Canadian church will very rapidly be relegated to the “outer ring”. On the other hand, some conservatives believe that the Covenant in its current form is too lax and needs to be tightened up. These conservatives are threatening to abstain. In the middle is a large group of Evangelicals, Catholics and Broad Church peeps who support the Covenant.

I think those of us who are broadly in agreement that something substantial needs to be done about the direction of ECUSA et al need to face the following realities.

If conservatives want to act strategically and politically there is simply no alternative to voting for the Covenant in its present form. Whilst I fully understand the position they are articulating, if they abstain they risk being pushed to the fringes of the debate (with no influence at all) or worse, handing the liberals a major victory on a plate (which is the last thing they want).

For the sake of the Communion, vote yes.