The first results from the ongoing Understanding Society survey have been released and there are some interesting stats as regards parenting and raising children.

Understanding Society is a longitudinal study tracking 100,000 individuals in 40,000 British households. The survey examines various factors attempting to understand the nature of modern day family units in the UK. 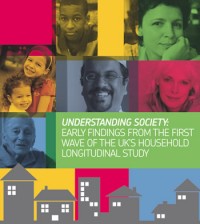 It is funded by the Economic and Social Research Council (ESRC) and run by the Institute for Social and Economic Research (ISER). The study allows for deeper analysis of a wide range of sections of the population as they respond to regional, national and international change. Understanding Society will greatly enhance our insight into the pathways that influence peoples longer term occupational trajectories; their health and well-being, their financial circumstances and personal relationships.

Understanding Society also breaks new ground with its interdisciplinary focus. The study will capture biomedical data on 20,000 participants and place this alongside rich social histories, helping us weigh the extent to which people’s environment influences their health.

The first wave findings have highlighted again a fact that previous research has identified, that children raised in a family with their biological parents tend to perform better then those who are raised in the absence of at least one biological parent. In section three of the preliminary findings, children’s happiness was analysed. Researchers found that one of the most signficant and powerful indicators of a child’s self-perceived life satisfaction was whether they lived with their biological parents. There was no difference in this effect regardless of the child’s family’s wealth or poverty.

One of the major benefits of the Understanding Society survey is that the entire dataset is being made publicly available for download and analysis. This means that anybody with the right academic criteria can do their own study of the data and contribute to the welath of information that is going to be produced with the data.

What do these preliminary findings tell us? Well, as I’ve said above, they confirm that children on average feel happier when they grow up with the biological parents. The summary findings don’t make a distinction between unmarried and married couples so it would require a look at the raw data in order to establish if their were any significant differences between these two groups. The headline figures also don’t tell us anything about gay parenting since any such couples would be part of the wider “non-biological parents) group. Once again, a look at the raw data would answer the question, though I suspect that there are too few children in the sample (just over 2000) for the number of those children with gay parents to be large enough for any results to be statistical significant.

What the survey also tells us is that material wealth or poverty, in and of itself, does not affect childhood happiness. Whilst individual factors which might be dependent upon the wealth of a family (e.g. going on holiday) affect happiness, the underlying poverty or otherwise of a family is not the key factor affecting happiness. Simply put, poorer children whose parents cannot afford to go on holday are on average less happy then wealthier children who do, but they are no less happy then wealthier children who, for whatever reason, also do not go on holiday.

4 Comments on “Understanding Society – Phase One”