Via the Sexual Identity Institute comes news of the latest issue of Edification (the Journal of the Society for Christian Psychology, and no, I hadn’t heard of it either before reading the ISSI post) which explores how Christians operate in the field of GLB Studies.

Mark Yarhouse contributes a great piece entitled, “Round Peg, Square Hole: Being an EvangelicalÂ Christian in GLB Studies”, the moneyÂ quotesÂ from which are these. 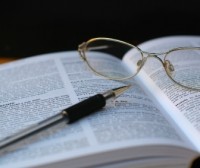 One of the things I tell my students is that if youÂ are studying or making presentations on sexual identity issues for any amount of time and you receive tooÂ many pats on the back, you are probably not accuratelyÂ conveying what we know (and do not know) about theÂ topic. The research in this area is complicated, and itÂ is a (tempting) mistake to â€œpreach to the choirâ€ aboutÂ what we all agree on. This is a complex and growingÂ area of research, and those who offer strong proclamations are often the least informed or are only conveying a truncated view of the research.

Can a round peg fit into a square hole? Not onlyÂ is it possible, but sometimes it is useful, as with theÂ original meaning of the phrase. Perhaps there is someÂ value in feeling out of place â€“ in reflecting upon how itÂ can enhance various areas of scholarship. Maybe thereÂ is something to be gained when we look at our subjectÂ matter from a Christian perspective and attempt toÂ make contributions that reflect a Christian worldview.

Read the whole piece as he surveys what it’s been like being an Evangelical operating in this field. The article is then followed by responses from the like of Andy Comiskey, Kathleen Ritter, Warren Throckmorton and others which engage with Yarhouse’s piece from a number of perspectives. It’s a fascinating read and a great way of providing as much interaction as possible in a limited space.

Yarhouse then responds to these responses and follows with another piece looking at “Finding What Makes aÂ Church Exemplary in its Ministry to Persons whoÂ Experience Same-Sex Attraction or who StruggleÂ with Sexual Identity Concerns”. Andrew Marin, are you reading this? Yarhouse and Carr present qualitative research into conservative churches’ response in this area and the outcomes are quite interesting.

What we found was that manyÂ churches that are considered exemplary in their ministry to sexual minorities shared much in common.Â They were usually under-resourced and somewhat invisible within their own communities. They shared aÂ common burden to provide care to â€œthe least of theseâ€Â even when significant differences existed in terms ofÂ theological doctrine. But the pastoral applications andÂ desire to â€œcome alongsideâ€ those who are sorting outÂ sexual identity conflicts was perhaps most fundamental in these ministry exemplars, and we hope that thisÂ initial study is the beginning of a broader discussionÂ about how churches can facilitate meaningful engagement, support, and ministry to those who are oftenÂ battered and bruised â€“ often by the very churches thatÂ could provide ministry.

Probing stuff, but that’s not all. There is then a study presented into “Characteristics of Mixed Orientation Couples” which analyses key factors in the make-up of gay/straight spouses. It’s fascinating stuff and explores the response of the “straight” partner to finding out his/her spouse was gay/bisexual, the motivations to marry (interestingly, trying to hide same-sex attraction did not feature as a high factor but the desire for a family, to not be lonely and that the couple genuinely fell in love were) and to dissolve a marriage, the on-going nature of the marriage and how self-perceived sexual orientation and attraction changes over a marriage (of note here is that, even with the small sample set, there was a statistically significant shift towards “heterosexual identity and functioning” in the “gay” spouses over the marriage).

To the readership of Edification, it might be notedÂ that Christians are at a unique position at this pointÂ in time regarding developing Christian responses toÂ sexual identity concerns. The experience of sexual minorities and heterosexual spouses in mixed orientationÂ marriages is but one expression of sexual identity concerns. Very little has actually been produced for peopleÂ in mixed orientation relationships that is Christian,Â psychologically-informed, and culturally competent.Â While there are some voices in ministry circles discussing sanctification and Christ-likeness (e.g., Comiskey,Â 2003), there are unique ways in which such conceptsÂ might be understood and applied in a mixed orientation marriage, and the issues facing such couples needÂ to be further understood to help make meaningfulÂ connections for clinical services and ministry (see Yarhouse & Kays, 2010). While this is admittedly a smallÂ sample of the population, research on such couples canÂ provide much needed information that can then beÂ translated into Christian applied psychology, counseling and pastoral care, as it is a unique topic of interestÂ that touches on themes of sexuality, love and sacrifice,Â marital vows and values, and Christian communityÂ response.

Finally, there is a discussion of the role of the exploration of grace and sin within the counselling framework. Once again, good statistical research leads to the following conclusion.

These findings demonstrate the vital role that understanding and receiving Godâ€™s grace plays in the livesÂ of Christian. Â They offerÂ empirical support forÂ what has been assumedÂ for centuries, answeringÂ Tjeltveitâ€™s (2004) challenge to do so. Â TheseÂ data substantiate theÂ important place graceÂ should play in ChristianÂ counseling, arguing thatÂ grace is indeed an essential element in Christian counseling. Â WhileÂ Christian psychologistsÂ and therapists admit theÂ general need for grace toÂ do their work, relyingÂ on common grace andÂ Godâ€™s special grace toÂ believers, these studiesÂ make clear that Christian counselors shouldÂ consider a more explicitÂ consideration of grace inÂ clinical work. Â This effortÂ will require more use ofÂ specifically ChristianÂ terms and concepts thanÂ many Christian therapists are accustomed to,Â but the prospective goodÂ is considerable. Â TappingÂ into such a rich resourceÂ of understanding, andÂ breaking down barriersÂ to this kind of approach, are certainly viable strategiesÂ for Christian counseling.

After an exploration of Anabaptist approaches to Christian counselling, the journal concludes with a review of Andrew Marin’s “Love is an Orientation”.

Not all will embrace Marinâ€™s approach for constructive and meaningful dialogue that promotes relationshipÂ building between the evangelical Christian and gay communities. Â Some on the conservative Christian side mightÂ disagree with Marinâ€™s theological interpretations of scriptural passages addressing same-sex related behaviors. Â Others may likely find that it fails to fully address ecclesiasticalÂ concerns, such as the number of denominations recognizing and accepting gay clergy or appointing lay-leadershipÂ positions to actively gay people. Â Certain members of theÂ gay community might express concern that it falls short ofÂ complete acceptance of the gay lifestyle, failing to recognizeÂ it as an equally respectable form of sexual expression. Â However, Love is an Orientation does not present itself as beingÂ an authority on such issues and other related concerns involved in the moral debate, but rather draws its strengthsÂ from elevating the conversation beyond non-agreeable topics. Â As a result, Andrew Marinâ€™s work establishes itself asÂ a middle ground and invites people from both the evangelical Christian and gay communities to engage in moreÂ purposeful and less destructive dialogueâ€”to be countercultural to the relational norm.

Great stuff. The reviewer recognises that what Marin is doing is not engaging in the theological debate on this issue, but rather following a calling to try and build bridges between two often overly hostile communities. Though such an approach might be counter to the pastoral approach some of us take (I am much more challenging in my pastoral encounters with those struggling with same-sex attraction, but then I am trying to fulfil a different role), we all need to recognise that what Marin is trying to achieve is not “victory” for one side or the other but rather to create a dialogue that is so often lacking and that this whole journal issue tries to contribute to.

In a time when society is witnessing increased publicity of prejudicial behaviors, such as bullying directed towardÂ same-sex attracted people and religious protests at funeralsÂ for gay soldiers, Marinâ€™s Love is an Orientation is a necessary and highly relevant assessment of the current state ofÂ relationship between the gay and conservative ChristianÂ communities and a needed voice calling for change. Â HisÂ daily, collaborative work with gay persons affords him aÂ unique understanding of, and compassion for, this severelyÂ underserved population. Â He offers his perspective in hopesÂ that both communities can begin to turn toward each other instead of furthering the divide between them. Â Marinâ€™sÂ work continues to pave the way for a critical Christian understanding of the nature of the issue, and is a significantÂ step forward in building a humble, sincere, and meaningfulÂ bridge into the heart of the GLBT population.

This journal is worth a good hour or more of your time to read through and digest. Challenging at some points and confirming of our understanding at others, this collection of papers deserves to be explored and talked about over the next few months. Â Given that it’s freely available online (and embedded below) you have no excuse not to!