Mugabe turns on the Anglicans

16 arrested as persecution of Anglicans in Zimbabwe continues 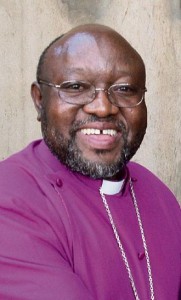 Sixteen church-goers have been arrested and priests have been turned out of their homes in Zimbabweâ€™s Diocese of Harare â€“ where the Anglican Church is facing persecution at the hands of an ex-communicated bishop.

The Rt Revd Chad Gandiya, Bishop of Harare, said the arrests were illegal and that those detained â€“ including a elderly woman â€“ were traumatised.

The diocese is now trying to arrange bail and has asked for prayers for those in prison and their families.

Bishop Chad, a USPG Regional Manager until 2010, said: â€˜I am really concerned about this. We shall be running around to try and bail the whole group out today, if the police will listen.â€™

The Anglican Church in Harare is under attack from an ex-communicated bishop, Dr Norbert Kunonga, a supporter of President Mugabe, who left the Anglican Province of Central Africa (CPCA) in 2007 to try and set up a rival church.

Kunonga, with the support of police and henchmen, has seized CPCA church property and used violence to break up church services.

USPG Chief Executive Janette Oâ€™Neill said: â€˜We are deeply concerned at the increased level of threat and harassment being levelled at faithful members and clergy of the Anglican Church â€“ especially by the forces of the state that should be there to protect and serve the people.

â€˜We will support Bishop Chad through prayer, advocacy and practical means as he upholds both human rights and the legal right of the Anglican to minister to its communities. He is their champion and cannot submit to these threats and actions resulting from the illegitimate claims of Mr Kunonga.â€™

A series of incidents started on Sunday with representatives of Kunonga attempting to take possession of two priestâ€™s houses. In both cases, the police took the side of Kunonga.

Matters escalated last night when another attempt was made by Kunongaâ€™s men to evict Fr Julius Zimbudzana from his home.

This time, members of Fr Juliusâ€™s church apprehend the attacker and took him to the local police station.

However, later in the evening, the police came to Fr Juliusâ€™s house to arrest 16 people â€“ including priests and three women, one of them Fr Juliusâ€™s elderly mother.

It is thought that Fr Julius came under attack after he protested against the eviction of his fellow priests earlier in the week.

Bishop Chad said: â€˜Please pray for our registrars as they try to sort out their bail. Pray for those arrested. Pray especially for the families of all who were arrested last night. They are greatly traumatised by all this. I am told by some of my priests about their children who are affected and are worried about their fathers. Please continue to pray for us as a diocese.â€™

Alarming developments are unfolding in our beloved diocese.

Last Sunday, a Kunonga priest forced himself into the house of our priest (the Revd Muzanenhamo) at Mubayira, in Mhondoro, while he was on trekk-taking services [visiting a rural parish]. The Revd Muzanenhamo was informed, came back immediately and pushed Kunongaâ€™s priest out of the house. The police came and instead of arresting the intruder they arrested our priest and charged him with assault. He spent the night in cells and we had to bail him out.

That same evening, our newly ordained deacon was evicted from the church house by Kunongaâ€™s people. Police were called and they sided with those evicting our deacon.

In both cases there were no eviction orders, as required by the laws of the land.

Then, last night [Wednesday 1 June], when we were holding a Harare church wardens meeting, we were informed that Kunongaâ€™s people were breaking into the house of the Revd Julius Zimbudzana.

Some of our people went there to try and stop both the break in and forced eviction. When they got there they managed to apprehend one of the thugs and the others ran away. They took the thug to the police station and this time the police arrested him. They went back to the rectory to be with the priest and to comfort him and his family.

They were surprised that riot police (the black boots) came, rounded everyone up and took them to Highlands Police Station, where they are detained as I write this email. In all they have arrested 16 people, including priests and three ladies, one of who is Fr Julius Zimbudzanaâ€™s mother. I am still to get the names of all who were arrested.

When Fr Julius tried to give a report to the police station on Monday concerning the eviction of our deacon I am told the police refused to open a docket, which in turn means the incident never happened.

I am really concerned about this.

We shall be running around to try and bail the whole group out today, if the police will listen.

Please pray for our registrars as they try to sort out their bail. Pray for those arrested. Pray especially for the families of all who were arrested last night. They are greatly traumatised by all this. I am told by some of my priests about their children who are affected and are worried about their fathers. Please continue to pray for us as a diocese.