Interesting Marriage Equality Case in the US 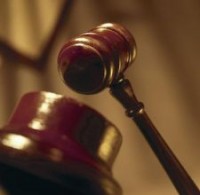 A very interesting test case is coming up in the USA around the recognition of same-sex marriage.

As you might recall, two weeks ago a stage collapsed at the Indiana State Fair, killing a number of people. An awful moment and our thoughts and prayers are with the families and friends of those involved. But that very idea of “family and friends” is now being challenged by the conflict in the USA over just what constitutes a “spouse”.

So what’s the connection? Well one of the people who died was in a same-sex marriage and that has raised all kinds of interesting problems.

A lawsuit filed on behalf of a lesbian couple, one of whom was killed in the Aug. 13 stage collapse at the Indiana State Fair, is challenging Indiana law for not recognizing the rights of gay and lesbian couples who are married.

Valparaiso attorney Kenneth Allen filed the lawsuit Aug. 19 in LaPorte County, Ind., Circuit Court on behalf of Tammy VanDam, who was killed in the stage collapse, and her partner, Beth Urschel, who was injured in the accident. VanDam and Urschel made their home in Wanatah, Ind.

The lawsuit seeks $60 million in damages based on claims that the stage was improperly constructed and that fair officials and promoters were negligent by failing to heed warnings of the impending storm and high winds that brought down the massive structure.

Seven people were killed in the collapse, including lesbian activist and health educator Christina Santiago of Chicago, and dozens more were injured.

In addition to the claims of negligence, though, the lawsuit filed by Allen alleges that Urschel was unable to recover VanDamâ€™s body from the coronerâ€™s office in Indianapolis, who told her they could only release VanDamâ€™s body to legally recognized next of kin. Urschel and VanDam were married a decade ago in Hawaii but Indiana doesnâ€™t recognize the marriages of same-sex couples.

â€œHere the only difference is we had two women who were married, as opposed to a man and a woman,â€ Allen said Aug. 22. â€œWe believe that they are entitled to the same treatment under the Constitution.â€

â€œIâ€™m convinced first of all that itâ€™s obviously unjust, unfair and inequitable,â€ Allen said. â€œBut Iâ€™m also convinced that the Indiana Legislature is never going to do anything about it and unless we address it through the courts, this inequity isnâ€™t going to change. â€¦I guarantee that however long it takes to win this case, it will happen much faster than waiting for the Indiana Legislature to address it.â€

Obviously the law-suit over the death itself will be shared by other families, but it’s the second half of the suit that is fascinating. Given that Indiana doesn’t recognise same-sex marriage, Santiago’s partner was unable to recover her body and in the end Santiago’s parents had to go and get her. Now that is, in anybody’s book, a tragedy, but the officials in Indiana argued that as State law stood Santiago’s partner was NOT recognised as her spouse and so therefore could not act as next of kin.

The implications of the case are huge. If it were to win in the Indiana Supreme Court then it would mean that Indiana would have to recognise all same-sex marriages performed elsewhere in the USA. However, that’s not where the real fight will be – it’s the US Supreme Court where the real battle is to be fought because a positive decision there would mean that all States in the Union would have to treat same-sex marriages conducted outside their State boundaries as valid.

Here’s an interesting piece from the Washington PostÂ last month.

The Supreme Court under Chief Justice John Roberts is scheduled to wrap up its term on Monday, having issued controversial decisions protectingÂ the free speech rights of protestersÂ near a military funeral and refusing to certify aÂ class-action lawsuit against Wal-Mart alleging gender discrimination. But a lawsuit asserting a constitutional right to gay marriage has yet to arrive at the Supreme Court. Why not?

The answer, it turns out, is that the lawyers most likely to file such a claim have a misguided understanding of the Supreme Courtâ€™s role in American history. They believe the court interprets the Constitution in a manner that merely reflects the consensus values of society and that filing a same-sex marriage lawsuit before the country has embraced the cause is a foolâ€™s errand. That understanding, however, hinges on a distorted view of history. The Supreme Court has not always waited for the values of society to change; it has sometimes shaped those values. In fact, the current court may be prepared to recognize a right to same-sex marriage, even though the issue remains hotly contested. By deferring a federal lawsuit in the hope that public opinion will improve, gay rights advocates could find that a promising window has closed.

In the wake of theÂ LawrenceÂ ruling, the nationâ€™s mainstream gay rights advocacy organizations made a collective decision to forgo a federal lawsuit. Instead, they have focused on strategically chosen state supreme courts. Matthew Coles, director of the ACLUâ€™s Lesbian & Gay Rights Project, wrote in 2004 that â€œthe best way to win the marriage for same-sex couples is to win in as many states as we can before we head to the Supreme Court.â€

These advocates were in no hurry to get a case before the Supreme Court because public opinion surveys, while finding increasing approval of same-sex marriage, revealed nothing approaching a consensus in favor of the idea. Polling showed, however, that younger people support gay marriage by wide margins, so these advocates figured that biding their time before petitioning the court was prudent.

This united front held until 2009, whenÂ David Boies and Theodore OlsonÂ â€” erstwhile antagonists from theÂ Bush v. GoreÂ litigation â€” filed a same-sex marriage lawsuit in a California federal district court. The mainstream gay rights community was apoplectic. Various leaders derided the lawsuit as â€œreckless,â€ â€œriskyâ€ and, above all, â€œpremature.â€ The Human Rights Campaign and Lambda Legal, along with other organizations supportive of same-sex marriage, even released an unusual statement condemning the lawsuitâ€™s timing: â€œThe history is pretty clear: the U.S. Supreme Court typically does not get too far ahead of either public opinion or the law in the majority of states.â€

But even if Obama announces that he favors same-sex marriage and public support for the issue continues to rise, nothing guarantees that the Supreme Court will follow suit. The judiciary, for better and for worse, does not move in lock step with the American people.

Most observers believe that any decision on gay marriage by the current court would probably come down to the opinion of Justice Anthony Kennedy. But that is no cause for pessimism. The gay equality movement has had few judicial friends more staunch than Kennedy, the author of the courtâ€™s two leading decisions honoring that cause.

In addition to writingÂ LawrenceÂ in 2003, Kennedy wrote a significant opinion for the court inÂ Romer v. Evans, seven years earlier. That decision invalidated an amendment to Coloradoâ€™s constitution that prohibited treating homosexuality as a class deserving protection from discrimination. Kennedy pointedly beganÂ RomerÂ by citing Justice John Marshall Harlanâ€™s much-celebrated dissent inÂ Plessy v. Ferguson, the 1896 case that validated â€œseparate but equal.â€ With that exquisite citation, Kennedy demonstrated that he understood the movement for gay equality to be a legitimate heir of the movement for racial equality. His concern about societyâ€™s treatment of gays extends at least as far back as his days as a circuit court judge. In fact, an opinion involving gay rights that he wrote for the Court of Appeals for the 9th Circuit in 1980 caused some Reagan administration officials to find the prospect of placing him on the Supreme Court deeply disconcerting.

Kennedy has now served on the court for nearly 25 years. In the event that Obama should not win reelection next year, it seems probable that a Republican president would attempt to replace Kennedy, who turns 77 in 2013, with a justice less receptive to gay equality.

If such a personnel switch does take place before a same-sex marriage case reaches the court, the Boies-Olsen lawsuit may end up being not premature, but belated.