↓ Skip to Main Content
Home › Anglican Communion › When did the Listening Process Begin?

When did the Listening Process Begin?

An interesting thread over at Changing Attitude on when the Listening Process formally began. Colin Coward rejects Philip Giddings assertion that Lambeth 1998 1:10 did notÂ call for such a Listening Process. This is Colin’s argument. 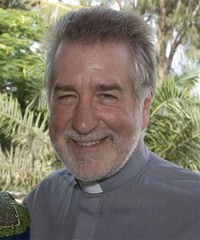 My understanding is that the Listening Process is indeed a response to Lambeth 1.10 which committed the Anglican Communion to listen to the experience of homosexual people. There was a reason why it wasnâ€™t started until 2006. It has nothing to do with Gene Robinson and the Windsor Report and everything to do with prejudice and homophobia and the effect this has on the lives of bishops and individuals in senior positions in the Anglican Communion. Anglican Mainstream is responsible with others for creating an atmosphere of prejudice and paranoia about homosexuality in the Communion which inhibited the start of the listening process and has done untold damage to the lives of LGB&T Christians.

Listening Process was commended by Lambeth 1.10 in 1998

Dr Giddings claim that there is a distinction between the listening process as adopted in 2006 and the commitment to listen to the experience in Lambeth 1.10 is simply wrong. The case against his interpretation can be found in the Windsor Report itself and in subsequent documents.

We recommend that the Instruments of Unity, through the Joint Standing Committee, find practical ways in which the â€˜listeningâ€™ process commended by the Lambeth Conference in 1998 may be taken forward, so that greater common understanding might be obtained on the underlying issue of same gender relationships.

The Windsor Report was followed by the Primatesâ€™ Meeting in 2005 which published the followingÂ statement:

17. In reaffirming the 1998 Lambeth Conference Resolution 1.10 as the present position of the Anglican Communion, we pledge ourselves afresh to that resolution in its entirety, and request the Anglican Consultative Council in June 2005 to take positive steps to initiate the listening and study process which has been the subject of resolutions not only at the Lambeth Conference in 1998, but in earlier Conferences as well.

The Anglican Consultative Council meeting in 2005 responded to the Recommendation of the Windsor Report and the request of the Primates Meeting in the following resolution:

In response to the request of the bishops attending the Lambeth Conference in 1998 inResolution 1.10 to establish â€œa means of monitoring the work done on the subject of human sexuality in the Communionâ€ and to honour the process of mutual listening, including â€œlistening to the experience of homosexual personsâ€ and the experience of local churches around the world in reflecting on these matters in the light of Scripture, Tradition and Reason, the Anglican Consultative Council encourages such listening in each Province and requests the Secretary General:

a.Â to collate relevant research studies, statements, resolutions and other material on these matters from the various Provinces and other interested bodies within those Provinces

b.Â to make such material available for study, discussion and reflection within each member Church of the Communion

c.Â to identify and allocate adequate resources for this work, and to report progress on it to the Archbishop of Canterbury, to the next Lambeth Conference and the next meeting of this Council, and to copy such reports to the Provinces.

The Secretary General then followed the instructions of the ACC and appointed a facilitator (very belatedly in the opinion of Changing Attitude) who arrived at the Anglican Communion Office in 2006, 8 years after the listening process had been proposed by Lambeth 1998. He did notÂ beginÂ the â€˜Listening Process,â€™ he began to gather information about the effectiveness ofÂ bishops in living up to the commitment they entered into at the 1998 Lambeth Conference; to listen to the experience of homosexual persons, who were assured they were full members of the body of Christ.

The Primatesâ€™ Meeting in 2007 made the link between Resolution 1.10 and the â€˜Listening Processâ€™ clear in theirÂ communiquÃ©:

13. Â The 1998 Lambeth Resolution 1.10, committed the Provinces â€œto listen to the experience of homosexual personsâ€ and called â€œall our people to minister pastorally and sensitively to all irrespective of sexual orientation and to condemn irrational fear of homosexualsâ€. The initiation of this process of listening was requested formally by the Primates at Dromantine and commissioned by ACC-13. We received a report from Canon Philip Groves, the Facilitator of the Listening Process, on the progress of his work. We wish to affirm this work in collating various research studies, statements and other material from the Provinces. We look forward to this material being made more fully available across the Communion for study and reflection, and to the preparation of material to assist the bishops at 2008 Lambeth Conference.

Dr Giddings says â€œit is simply mistaken â€“ an anachronism â€“ toÂ read back the â€œlistening processâ€ into Lambeth 1.10. To do so looks like an attempt to place a question mark in front of the clarity of Lambeth 1.10. That attempt fails.â€ Dr Giddings is clearly wrong.

My response on the Changing Attitude blog is this. 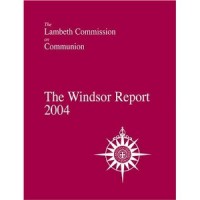 In some senses you and Philip Giddings are both correct. Philip is correct that 1998 1:10 did NOT set-up a listening process per se. All it did was ask for the signatories of the Resolution to agree to:

c) We commit ourselves to listen to the experience of homosexual persons and we wish to assure them that they are loved by God and that all baptised, believing and faithful persons, regardless of sexual orientation, are full members of the Body of Christ

Now nothing in that calls for a structured process of hearing testimony and making such testimony publicly available. There is however section (f) which,

This is much more a request for collation of theological study material rather than the aggregation of personal testimonies.

What the Windsor Report did in establishing the Listening Process was to conflate these two parts of 1998 1:10 and create one process to cover the both of them. This was, in my opinion, an excellent decision, but it is an interesting position to argue that this was the natural trajectory of 1998 1:10. It strikes me that in plain reading section (c) of 1998 1:10 does not call for a formal structure but rather for informal openness to hearing more of peopleâ€™s experiences. In this sense Philip Giddings is absolutely correct.

Lambeth 1998 1:10 does NOT have a call for a Listening Process. Rather it has a call for a compilation of theological resources. Windsor 2004 combines that call with aspects of section (c) but that is a decision of Windsor 2004 and NOT something called for itself in 1998. It is a mistake to confuse oneâ€™s approval of that decision (and it was a good decision) with the idea that 1998 1:10 made the decision in the first place. 1998 1:10 does NOT use the language of â€œprocessâ€; there was until Windsor 2004 no expectation amongst the ACO or ACC that a formal process of listening has been created (and the real lynch pin in this debate is the lack of evidence of such an expectation amongst the ACO or ACC) and it is the Windsor Report that introduces the language of â€œProcessâ€ to describe the evolution of the corporate Communion response to homosexuality.

The official initial output of the Listening Process, the book “The Anglican Communion and Homosexuality: The Official Study Guide to Enable Listening and Dialogue” is currently available at a bargain price from Amazon and is well worth getting hold of if you haven’t read it already. You can get it by clicking the link below or going to my book store.

2 Comments on “When did the Listening Process Begin?”