About time I commented on this story do you not think?

Last week the Church of England Newspaper published a column by Alan Craig, the head of the Christian People’s Alliance. You can find the piece here. Needless to say, it attracted a huge amount of attention, as exampled by this piece from the Guardian.

An Anglican newspaper has defended the publication of an article thatÂ compares gay rights campaigners to Nazis, saying the author has “pertinent views”.

The column, by former east London councillor Alan Craig, appeared in the 28 October edition of the Church of England Newspaper, one of the oldest newspapers in the world. Although it is independent of the institution bearing the same name, it carries adverts for Church of England jobs and is read by its clergy.

In his column Craig referred to a number of high-profile legal cases where Christians claim to have been penalised for their views on homosexuality.

He wrote: “Having forcibly â€“ and understandably â€“ rectified the Versailles-type injustices and humiliations foisted on the homosexual community, the UK’s victorious Gaystapo are now on a roll. Their gay-rights stormtroopers take no prisoners as they annex our wider culture, and hotel owners, registrars, magistrates, doctors, counsellors, and foster parents â€¦ find themselves crushed under the pink jackboot.

“Thanks especially to the green light from a permissive New Labour government, the gay Wehrmacht is on its long march through the institutions and has already occupied the Sudetenland social uplands of the Home Office, the educational establishment, the politically-correct police. Following a plethora of equalities legislation, homosexuals are now protected and privileged by sexual orientation regulations and have achieved legal equality by way of civil partnerships. But it’s only 1938 and Nazi expansionist ambitions are far from sated.”

Craig told the Guardian he was “pretty careful” to distinguish between the leadership ofÂ gay rightsÂ groups and “ordinary gay people”.

“I’ve nothing against ordinary gay people but the leadership, well I stick by my word Gaystapo. It is bullying. I oppose bullying and hatred in all its forms. There is no justification for the bullying or intimidation of gays and that has been rectified in law, but we’ve moved on to a new game. We’re now seeing these attitudes of intolerance they accuse their opponents of.”

The weekly paper, which wasÂ foundedÂ in 1828 and has a circulation of around 8,000, takes pride in its reputation of being a “bastion of conservative evangelicalism”. Its editor, Colin Blakely, defended the “Gaystapo” article.

“He has got views that are pertinent on this issue. I was on holiday that week and if I had seen it I would have asked him to tone the language down somewhat. We’re getting a lot of correspondence on this column. He has not won a lot of support with readers and we’re publishing letters. We want people to engage with the issue.”

Ben Summerskill, theÂ StonewallÂ chief executive, condemned the column and the newspaper. “Given the horrific circumstances of the Holocaust, it is deeply disturbing and highly offensive that the Church of England Newspaper has chosen to compare supporters of equality with Nazis. We are sure that many of the paper’s advertisers, such as the University of Sheffield, will be deeply disturbed to read this crass and homophobic article.”

Bishop Alan Wilson of Buckingham summed up the feelings of many when he wrote, 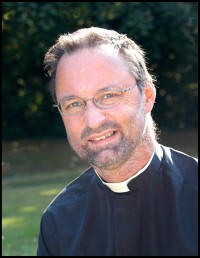 Back on the beaches, Craig rambles through a laboured analogy of all gay campaigners to Nazis. We are never told exactly how this works, because Craig gets carried away on his own Biggles-like account of the rise and fall of nazism, checked off against the supposed gay agenda that he says is about to engulf English civilisation.

Craig calls us to confront what he calls the “Gay Wehrmacht on its long march”. He warns us that the gays also have “Oberkommandos” and a “Gaystapo”. Some will remember the bishop of Lewes urging us last year to clunk-click into our Spitfires and sort out the gay Luftwaffe, so they’ve obviously got one of those, too. Worst of all, Craig assures us, it’s still only 1938. In his world, it probably is.

The Church of England Newspaper has no official status. I don’t read it and hadn’t seen the original article on 28 October. Neither, apparently, had the paper’s editor who says he is too busy always to read the stuff he publishes, but assures us that if he had, he would have asked Craig to tone down his language a bit.

I would defend, even on the beaches, the right of eccentrics to hold and publish their views, though I’d prefer them to read them first. May I modestly propose, however, that real debate would be served far better by ditching inflammatory second world war references, certainly those whose relevance cannot be established.

There may be no easy way to say this to boys brought up on a diet of commando comics that seem to have formed a whole world view, but the time has come to move on, stick the last pig-dog where it belongs, and grow up.

If we must bring Hitler into the story of the growth of gay rights, anyone who knows anything of the reality behind Craig’s cheap imagery will tell you gay people were prime targets of the Nazi regime, who suffered and died at the hands of its real troops. This shouldn’t be forgotten at remembrance tide.

So what was basis of Alan Craig’s argument? Basically, that the rise of a particular pro sexual liberty mindset and the interaction of that mindset with the wider society is analagous toÂ Â the way that Nazism arose in 20s and 30s Germany and finally exhibited itself in the 40s. We must be careful to note though that Alan Craig is notÂ arguing that all gay people are Nazis (which is what some took him to mean). To interpret his piece as saying such is to demonstrate in the reader an inability to grapple with the language being deployed, to allow one’s emotional response to overcome one’s literary-critical response. Such a reader is not actually reading Alan Craig’s piece but is rather reading what they believe Alan Craig actually means behind the language he uses. It is always supremely dangerous to assume you know what a writer meant when he penned certain words, even if that understanding is not actually laid out explicitly in the text.

Which is not to defend what Alan Craig has written. It is a poor, misjudged piece which ruins a number of salient observations by using the Nazi analogy. The problem with such an analogy is that it carries with it exactly the level of emotional engagement that we have seen translated into a furious condemnation of the column. Although Craig’s fundamental premise that traditionalists and theÂ traditionalistÂ position have been backed into a corner is copiously documented, these examples, the evidence in the trial Craig was trying to present, were hardly touched in the over a hundred comments that ensued on his blog. This demonstrates clearly that the underlying purpose of the post was not achieved because the issues that Craig wanted to raise were simply not discussed, in a similar manner that for a fortnight or more the aims (if there are any) of the Occupy LSX camp were lost in a sea of media reporting of the storm over St Paul’s, it’s closure and it’s clergy’s resignations.

Interestingly, the only paragraph that really manages a palpable hit is the one with the least World War Two references to it. Craig writes,

But the hidden hegemonic ambitions of the Gaystapo have been exposed recently by their plans to annex and redefine â€˜marriageâ€™. They already have achieved equal rights through civil partnerships, so to covet the word and undermine a foundation-stone of our civilisation â€“ and nurturing place for our children â€“ betrays other more ominous intentions. They want to change our language, manipulate our culture and thereby impose their world-view on us all. Cultural domination is their aim and fascist-type intolerance (here) of politically-incorrect dissent (here) is their weapon. The eradication of marriage as â€œthe life-long union between a man and a womanâ€ is a huge next step along their way.

Strip away “the Gaystapo” and replace with “this lobby” and you a left with a controversial, but intellectually robust and coherent argument, that the libertarian cult of the Zeitgeist threatens in its legislating for equality to outlaw freedom of thought and conscience of practice. Imagine if the use of “fascist” here was the onlyÂ such reference in the piece; it would have far more effect and help toÂ crystalliseÂ in the reader’s mind the issue of potential authoritarian thought control. Instead, this increasingly vital point around civil and religious liberty in a country where police now make inquisitive house calls simply if your cafÃ© displays Bible verses on a screen is lost, drowning in a combination of hyperbole and high-intensity historical comparison.

The lesson of this is quite simple. If conservative Christians want to engage seriously in the political sphere around issues of religious tolerance and socio-political change in statutory structures (e.g. gay marriage), they need to use tactics slightly more sophisticated than a Daily Mail front-piece. Alan Craig actually has a number of vital points to make regarding the ongoing and future positioning of various revisionist lobby groups in our society in upcoming culture battles, but the manner in which he went about it not only obscured any salient arguments he had but actually end up damaging his position. It is doubtful whether many in the mainstream will take him seriously again; he will now forever be the man who wrote thatÂ column in the Church of England Newspaper, when what he and others actually want to do is get the best arguments in favour of the conservative position into the daily broadsheets.

58 Comments on “A Nazi Analogay”