↓ Skip to Main Content
Home › Church of England › How am I homophobic? Let me count the ways…

How am I homophobic? Let me count the ways…

I’m astonished by a letter that has appeared in the Church of England Newspaper today, in response to my letter of two weeks ago. 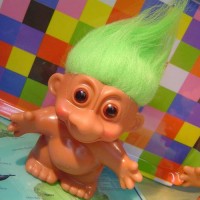 I have no doubt that many of your readers were aghast at the Rev Peter Ouldâ€™s letter extolling the virtues of gay clergy (14 October). Itâ€™s all very well for Mr Ould acting as apologist for those gay clergy who feel reluctant to â€˜come outâ€™ but what does his letter tell us about the current state of the Church of England?

Mr Ould praises those on â€œthe liberal wing of the Church who are often happy to support lesbian and gay clergy who are willing to attack biblical teachingâ€™ or, as he states, those clergy who â€œrocked the boatâ€ by declaring a same-sex attraction. If Mr Ould and his gay clergy colleagues see themselves as free to attack biblical teaching and rock the boat in furtherance of their cause, we are indeed in dire trouble.

In previous correspondence to this newspaper I have reminded maverick clergy (eg the Rev Ian Stubbs, Canon Dr Giles Fraser, the Very Rev Jeffrey John, the Rev Dr Martin Dudley) who have publicly aligned themselves to gay clergy â€˜marriageâ€™, a gay priesthood and â€˜same-sexâ€™ marriage, that they are in breach of their Holy Orders, having at the time of their ordination taken the oath of allegiance promising to preach and pastor according to the 39 Articles and uphold the sacred Scriptures as handed down by tradition.

In my previous incarnation as a secondary school teacher I was expected to uphold and follow the National Curriculum as prescribed by the Government. If I was ever to go against this teaching framework I could expect to be severely disciplined. But in the Church of England it now seems that anything goes. No discipline, no action against maverick clergy. No hope.

There is, of course, an answer. It is for church leaders and congregations to make their voices heard about the maverick clergy who wish to revise biblical teaching for their own ends. And to Mr Ould and others of his ilk perhaps they might just re-read Galatians 1:6-7, 9: â€œI am astonished that you are so quickly deserting the one who called you in the grace of Christ and are turning to a different gospelâ€¦ As we have said before, so now I repeat, if anyone proclaims to you a gospel contrary to what you received, let that one be accursed.â€

It should be apparent to any unbiased observer that my original letter stated very clearly my traditional stance on the issue of human sexuality. Furthermore, a simple google search on my name would reveal this site and my very obvious conservative position. But no, it appears that one single line in the letter was viewed by Dr Knight and the response is the polemic above.

I think this is hugelyÂ embarrassingÂ for Tyndale House who are a representative body of the main thrust of Conservative Evangelicalism in the Church of England today. Someone is claiming to be attached to them and yet makes such a fundamental and elementary mistake. And I say “claiming to be attached to them” because on their staff page there is no mention of him. There is a Chris Knight who is currently studying at LST (see page 3 here) and his bio says that, “This year has also seen Chris elected to the Tyndale Fellowship of Tyndale House – which is a global body of evangelical bible scholars committed to scriptural truth”. Sounds like the chap and you can read about the Fellowship here.

In some sense Dr Knight makes my underlying point for me far better than I ever could. In obsessing about one sentence in my letter to the exclusion of everything else that is contrary to his allegations, he demonstrates a subtle underlying intrinsic inability amongst some evangelicals to separate homosexuality from liberalism. This is exactly the concern I made in my letter, that many in the church who are traditional simply don’t want to deal with this and furthermore present default positions (such as Dr Knight’s letter) without ever actually listening or thinking about appropriate pastoral response to those who are conservative theologically but struggle with same-sex attraction.

Already I’m receiving copies of emails that people are sending to the WardenÂ of Tyndale House and to the Director of the Kirby Lang Institute, Tyndale House’s own Ethics department. I do wonder whether they’re happy with someone using their name to write a letter of such astounding inaccuracy that one can only be left with one of two impressions; either the author is simply incapable of reading and understanding a coherent letter that time and time again defends the conservative positionÂ or the author betrays an underlying intrinsic disgust of homosexuality that leads him to instantly respond to any mention of the subject in a negative manner without actually engaging with any of the issues at hand.

Peter Williams, the Warden of Tyndale House has been in contact, including a conversation on the phone. It’s very clear to me now that Dr Knight isÂ notÂ a Fellow of Tyndale House (though he is a member of the Tyndale Fellowship) but he has used their name in an entirelyÂ inappropriateÂ manner, bringing them inadvertently into disrepute. Dr Williams is going to do his part to set the record straight and also to make sure that Dr Knight understands what he has done.

14 Comments on “How am I homophobic? Let me count the ways…”