↓ Skip to Main Content
Home › Children › A Question for the Lawyers

A Question for the Lawyers 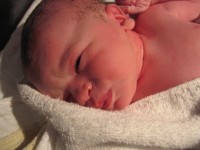 Here’s a question for the legal ones amongst you.

Let’s say we get gender-neutral marriage. Will the wife of a woman who gives birth be allowed to register the birth of her wife’s child? If so, does that implicitly mean that the law will no longer assume that both married spouses are the biological parents of any children born in wedlock?

At the moment the law assumes that any children born within a marriage are the biological offspring of the two married peopleÂ unless it is demonstrated otherwise. That is why married fathers can register the birth of their children (the law assumes they are the child’s biological father) and unmarried fathers cannot (the law requires the mother to state who the father is). However, introduce gender-neutral marriage and you see the problem. It is blatantly obvious that any child born to two women cannot be the biological offspring of both. If spouses can register the birth of a spouse’s child, then that means someone who is not an obvious biological relative of the child can register the birth. Why should unmarried fathers be denied this right? Furthermore, why should the law therefore assume that the husband of a wife who gives birth is the biological sire? Surely that creates two different kinds of marriage – one where the law assumes a spouse is the biological sire and one where it does not. That’s not equality.

30 Comments on “A Question for the Lawyers”