↓ Skip to Main Content
Home › Church of England › No Confidence

The text of Canon Stephen Barney’s reasons for the vote of no confidence in Philip Giddings is now public. 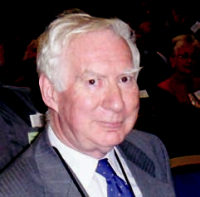 My reason for asking members of the House to debate this motion is that I do not have confidence in our Chair since:

I have always been one of the first to say that individuals must vote according to their consciences; however leaders have other responsibilities and accountabilities. I feel that if I am to support the leader of a group of which I am a member then that leader must show wise and good judgement and I do not believe that this has happened.

I think this is very poor. Let’s get to the core of what Stephen’s complaints are, bullet by bullet. Each point below is directly related to the bullet in the text above.

The only point of any merit is that Giddings used his role of Chair of the HouseÂ inappropriately, but given the content of his speech, it is very clear that he felt he was representing a minority position. Indeed, Giddings’ speech is interesting in that he at no point mentions his own theological position on the issue (he does mention he voted yes in 1992) but rather his concern for others’.

Lay members of General Synod should reject this motion outright. I think it also behoves supporters of introducing Women Bishops (like I have become this year) to publicly point out how ridiculous and damaging these kind of procedural actions actually are.

26 Comments on “No Confidence”