I think he may have a point. 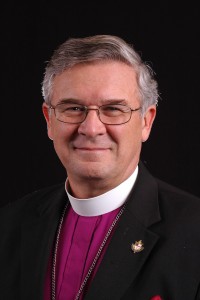 Now to things more specifically Anglican, such as the new Archbishop of Canterbury’s concept of Reconciliation, and what it means, and did he get it right? In today’s digest of articles we have included a conversation between Edward Stourton of the BBC’s Sunday Programand the Archbishop of Canterbury’s new Director of Reconciliation at Lambeth Palace, Canon David Porter. Out of this conversation one problem emerges, and that is a conflation of types of reconciliation and terms such that confusion, deliberate or accidental, is sure to result. For example, we as human beings are called to be reconciled with God Almighty. To this end as fallen humanity under a death sentence, reconciliation requires that the penalty for our manifold sin be atoned for, and that is why Jesus Christ himself, sinless though he was, gave up his life and died on the cross in your/my place. This atonement brought about an At-One moment where we are or can be reconciled with God.

That is one type of reconciliation, and another is the type that is between a Christian and a brother or sister in Christ. This requires that both parties be fully believing in the core elements of the Gospel, including the derivative disciplines that flow from that belief. Therein is part of the difficulty; what is core discipline and what is secondary or tertiary discipline? Additionally, the discipline is often enforced more closely on the clergy, and if not, it should be in my opinion. If you hire someone to teach you the discipline and form of an effective golf swing, you want someone who knows more about the subject than you already do. The same applies to spiritual things, if the priest or bishop doesn’t have his own life in order how is he going to help you get yours in order?

For this type of reconciliation we note Matthew 5:23-26 and 18:25-17, where there is a presumption that the parties involved already have a common faith basis, and the issue that divides them is not the doctrine and discipline of the faith itself. The person is your brother or sister because you have a common faith, and since you are therefore a brother (or sister) you must be reconciled to them and not stay in estrangement. Matthew 18 sets up a procedure to resolve a relationship difficulty, and this involves going first to the person who you believe has wronged you (or I presume you could go to the person whom you wronged and take the initiative). If the initial attempt does not succeed, then you may take one or more persons with you and attempt again. If this still does not progress, then you may take it to the church and seek the church’s judgment. If he (the adversary brother) or the complainant (presumably) does not listen to the church, then treat them as a heathen and an outcast.

What Christian reconciliation is not intended to do or be is a warmed-over version of Rowan Williams’ Indaba conversations. Granted that His Grace ++Justin Welby comes from the business world, and seemingly has his feet more firmly planted in the real world, we need more from him than a Rowan Williams Indaba with an MBA (Masters of Business Administration, a frequent business degree). Welby’s recent remarks on reconciliation are included in this week’s udpate along with the BBC interview with the newly hired Reconciliation Director, Canon David Porter. Real reconciliation work will take note of the fact that one party has departed core Christian beliefs, has introduced immoral practices as acceptable, and done so in deceptive and duplicitous ways. It is not that ++Justin needs to convene an investigation to see if this is true, ++Rowan already did this, but was just unable to bring himself to do anything about it.