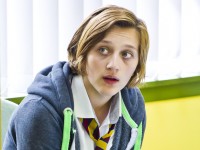 This month Waterloo Road, the BBC One “School” drama (though frankly I don’t knowÂ any school like that one) has been exploring the issue of gender dysphoria as the youngest member of the Barry family, Kasey, struggles with her gender identity.

It’s fascinating watching mainly because it’s being handled so well. Forget the overt and outrageous trans stereotypes you see in American dramas like Glee (what is that Unique character all about?), in Waterloo Road Kasey is being portrayed as a young woman simply trying to recognise what she is struggling with, putting a name to what she has been living for a number of years. The two most recent episodes (18 and 19) Â that concentrate on this issue are still available online and are well worth a watch, helping us see not just how gender dysphoria issues affect the individual involved but also those around them and also making the important point that this isÂ notÂ the same as homosexuality.

Conservative Christians on the whole haven’t done a lot of thinking about this issue, and often the gut response is to point to someone’s sex chromosomes (as it were) and to assume that that settles the matter. In reality, transgender issues, whilst still rare (and definitely much rarer then homosexuality), appear to be more complicated then that. Although there are a number of people who have discovered that their gender dysphoria, on deeper examination, seem to have deepÂ psychologicalÂ roots, for others there seems to be an even deeper disconnect between sex and gender. Although I am instinctively cautious at the idea that people should pursue sex changes, especially given the numerous stories of those who find on the other side that they are still not happy, isn’t there a sense that if we believe that the world is fallen and that humanity is corrupted from its Edenic perfection that experiences like gender dysphoria might be one natural consequence of that? 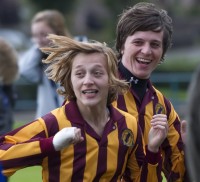 In that sense Conservatives should view gender dysphoria in a different manner then homosexuality. With the latter, although we recognise that same-sex attractions are largely uncontrolled, we have clear Scriptural prohibitions on sexual activity. With gender dysphoria there is no such clear guidance – indeed, if in some cases itÂ is a “simple” matter of a biological maldevelopment, might we not even see gender reassignment surgery as doing the right thing, correcting that which the Fall has corrupted?

Of course the problem with this approach is that in society today there is the assumption that gender dysphoria is almost always a biological issue rather than a psychological one. In that sense gender reassignment surgery might actually act only as a temporary catharsis for deeper emotional identity issues. Transgender regret is an ever-present reality and points to the danger that we push younger patients towards final outcomes that they are not yet ready to own and ultimately accept.

I’m fascinated with how the Waterloo Road writers are going to take this storyline forward. Let’s hope that the avoid theÂ clichÃ©sÂ and expend some real effort doing this issue some justice on prime-time TV.