↓ Skip to Main Content
Home › Celibacy › What Kind of Celibacy?

What Kind of Celibacy?

With the news this morning that Jeffrey John has apparently been short-listed for Durham, I thought it would be worth just exploring again what the House of Bishops intended when they issued their Pastoral Statement on Civil Partnerships and what we can learn from Jesus’ words on the matter.

The relevant section of the statement is as follows.

19. The House of Bishops does not regard entering into a civil partnership as intrinsically incompatible with holy orders, provided the person concerned is willing to give assurances to his or her bishop that the relationship is consistent with the standards for the clergy set out inÂ Issues in Human Sexuality.Â Â The wording of the Act means that civil partnerships will be likely to include some whose relationships are faithful to the declared position of the Church on sexual relationships (see paragraphs 2-7).

20.The Church should not collude with the present assumptions of society that all close relationships necessarily include sexual activity. The House of Bishops considers it would be a matter of social injustice to exclude from ministry those who are faithful to the teaching of the Church, and who decide to register a civil partnership.Â  There can be no grounds for terminating the ministry of those who are loyal to the discipline of the Church.

21.Nevertheless, it would be inconsistent with the teaching of the Church for the public character of the commitment expressed in a civil partnership to be regarded as of no consequence in relation to someone in- or seeking to enter- the ordained ministry. Partnerships will be widely seen as being predominantly between gay and lesbian people in sexually active relationships. Members of the clergy and candidates for ordination who decide to enter into partnerships must therefore expect to be asked for assurances that their relationship will be consistent with the teaching set out inÂ Issues in Human Sexuality.

22. While clergy are fully entitled to argue, in the continuing debate, for a change in that teaching, they are not entitled to claim the liberty to set it aside, simply because of the passage of the Civil Partnerships Act.Â  Because of the ambiguities surrounding the character and public nature of civil partnerships, the House of Bishops would advise clergy to weigh carefully the perceptions and assumptions which would inevitably accompany a decision to register such a relationship. 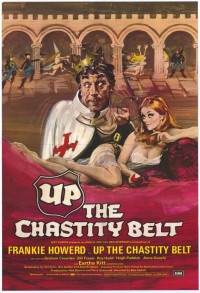 As the Bishops rightly point out, there is nothing in the Civil Partnership Act which requires such relationships to be sexual. Indeed, the very framing of the Act desexualises the relationship by removing from it the sexual components of marriage (for example the ability to divorce / dissolve because of adultery) whilst accepting that those who enter into it may be sexually active. Indeed, most people entering into Civil Partnerships do have a sexual relationship, so the Bishops quite rightly (again) insist that any clergy who enter civil partnerships should expect to be asked the nature of their relationship, particularly the sexual aspects.

All fair so far, but the impression given is that celibacy is all that’s required. As long as you’re not having sex that’s OK and there should be no problem with treating you in the same way as any other clergy person. And into this framework enters the Very Revd Jeffrey John, Dean of St Albans, in a civil partnership and declaring to all who will listen (or at least to those who asked and had the right to) that he is celibate.

It’s a convincing argument – why should he be denied senior office given that he’s obeying the rules? Well yes, but returning to the Bishop’s statement, the usual way to interpret it is to split the civil partnerships it is talking about into two separate types – those that are celibate and those that are not. This is the popular way of understanding what the House was intending, but looking again at what they wrote there is another interpretation which appears to be equally valid.

Because of the ambiguities surrounding the character and public nature of civil partnerships, the House of Bishops would advise clergy to weigh carefully the perceptions and assumptions which would inevitably accompany a decision to register such a relationship.

and this is very interesting. Put another way, the Bishops are saying – “Look – you might be entering a Civil Partnership for the best of reasons, but the general impression is that those who are in a Partnership are sleeping together. Have a good long hard think about what others might think is going on behind closed doors”. And of course this is good advice, especially if you are deciding to live together with someone who you really fancy. You might say to your Bishop, “Yes, we shall remain celibate”, but others might challenge you in that are you really suggesting you will go back to your own bedrooms every night for the rest of your lives?

And this “enforced celibacy” is the point of contention. Many argue it is cruel, it is emotionally stunting (which has always struck me as a very poor argument because it seems to imply that all those who are single for one reason or another are equally emotionallyÂ crippled) and it is simply unfair. All those things may be true, but in making the argument its proponents inadvertently admit that rather than the two models of clergy entering civil partnership that we outlined above (celibate OR not celibate) it can be right to view clergy entering civil partnerships as one of three kinds.

Now, it seem to me that the House of Bishops in paragraph 20 are clearly upholding the second type in this list and is nodding to the third as “playing the game”. But now we have, liberals and conservatives alike, split out the clergy in civil partnerships into these three kinds, can we bring Scriptural principles to bear on assessing the validity of any of these types of relationship for preferment? Well, the first two seem obvious – the fornicators in category one are clearly out of the game whereas the perfect model of celibacy in type two seems a prime candidate for advancement to higher purple echelons (assuming he can convince Caroline Boddington he is good enough). But what about those who are type three (which are the majority of clergy in civil partnerships)? Perhaps Jesus has an answer for us.

â€œYou have heard that it was said,Â â€˜You shall not commit adultery.â€™ But I say to you thatÂ everyone who looks at a woman with lustful intent has already committed adultery with her in his heart.
Matthew 5:27-28

Jesus’s point here is clear – it’s not what we do with the outside of our bodies that is the issue, it’s what happens inside our hearts. So for Jesus it doesn’t matter that you didn’t sleep with someone who you wanted to, it’s that you wanted to in the first place that is the issue. So how do we apply this to our type three Civil Partnerships? Well the answer is clear – those who are “accidentally celibate” are still “functionally sexual”. If I want to sleep with someone I’m not meant to and would happily do so if the rules changed, I’m still a fornicator. All I’m doing is white-washing the outside of the temple whilst inside the rebellion is still in place deep within. If to all intents and purposes I am sitting around waiting till I have the chance to commit a sin, frankly I’ve already committed it.

This is ultimately the spiritual issue with those clergy in civil partnerships. It’s not that many of them aren’t on the surface obeying the rules – they are – it’s that deep within they are actually disobeying them. The intent of the House of Bishop’s Pastoral Statement was not to enforce a chastity belt on clergy, it was to offer them the freedom to choose it willingly for themselves and to yet be considered of good standing. This of course is the true path of classical spirituality, not a tick box of rules to obey in order to get the best treatment from God and the Church (if that were the method of spiritual advancement then bring back John Tetzel) but rather a willing desire to crucify the desires of the flesh and to let God raise in their place something else.

It might be that the Crown Nominations Committee (and indeed the Pilling Committee) could consider this approach when trying to work out how to move forward in these matters. At the moment the simple divide between celibate and non-celibate clergy isn’t working, not least because it is naive in trying to really understand what is crucial in assessing the heart of a priest. Using Jesus’ approach offers us a better way forward.

23 Comments on “What Kind of Celibacy?”