Gary Burgess of ITV Channel Islands has a report about a meeting that took place last night in St Helier to discuss developments in the ongoing row between the island’s Anglicans and the Diocese of Winchester. 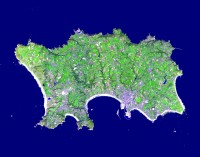 Leading figures in Jersey’s Anglican community are tonight meeting to discuss fears the Church of England wants to take over the running of the island’s church.

The Dean, Bob Key, was suspended earlier this year over the way he dealt with one parishioner’s complaint of abuse.

He has since been reinstated.

Some churchgoers fear an investigation into what happened could threaten the autonomy of Jersey’s church.

He said: “We’re really trying to understand what the Bishop of Winchester is trying to achieve. And to discuss whether that is reasonable or not.”

When asked why he doesn’t just ask the Bishop directly, he said: “Well, I think the Bishop would be unlikely to give a response that would be helpful based on responses that we’ve had so far.”

It’s worth going to the report itself as there are two good videos including an interview with the former Bailiff of Jersey, Philip Bailhache.

I understand that several senior lay members and clergy are increasingly angry that the Bishop is refusing to return correspondence and to answer the questions that are being asked of him. The Diocese continues to refuse to release the Terms of Reference for Dame Steel’s investigation as part of the Bishop’s Visitation (Bishop John Gladwin together withÂ Archdeacon Norman Russell and Christine Daly will be on Jersey from the 17th to the 20th of June) and the Bishop has refused all interviews. This follows what some people have described as a “car crash” of an interview that Bishop Tim gave to BBC Jersey at the start of May.

Click play above to listen to the interview from May 1st.