Last night I drove an hour down the road from my clients in Gloucester and visited Victory Church in Cwmbran, the home of the “Welsh Outpouring”. 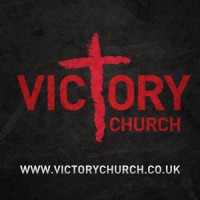 To be brutally honest, I was slightly cautious about what I might find. I’m on record as being highly critical of the “Revivals” that we see so often on God TV and the like. The over-emphasis on signs and wonders together with the undiscerning blindness to the warped theology and spirituality of the likes of IHOP and Todd Bentley is far too often branded as a “work of God” and “Revival” whereas in actuality it is just emotional sensationalism and nothing like what a real revival looks like. More on that later.

We arrived just after 6.30pm and already there was a queue out the door of the warehouse that acts as the home of this Elim church in the Valley of the Crows. If you’re expecting a large super-modern building with hi-tech visuals and glitz and glamour, then you’ve come to the wrong place. Victory Church is on an industrial estate and the surroundings look, well, industrial. Neither is it a big place – I reckon there were in the region of 500 people there last night and we crammed the room with very few seats to spare. On some evenings they overflow into the coffee lounge, on others it’s just a few hundred.

In some senses there was nothing extraordinary about the evening at all. The service ran pretty much like you would expect a charismatic / pentecostal encounter to. There was around 30 minutes of worship to begin with which was very Christ and cross centered. This makes a refreshing change to the very ego-centric stuff you often see on the Christian TV channels and this theme was permeated through the whole evening. We sang of Christ, his atoning work on the cross and his victorious resurrection, and we proclaimed him to be God. This was followed by one of the pastors sharing some of the testimonies of God’s work over the past weeks. What was striking was that as much as the physical healings were reported, we also had the accounts of those who had come in repentance to Christ, those whose lives had been transformed by the power of the Holy Spirit.

The pastor left the stage and then the band played again, but rather than using the opportunity to sing more songs to “hype up” up into a state of expectation, instead there was just one hymn and then the preacher Peter Jenkins came up on stage and began to speak to us. Speaking for almost an hour, Peter concentrated on focussing our hearts and minds not on the miracles and gifts of the Spirit but rather on the fruit of the Spirit and his prime work, that of convicting of sin, converting the sinner and pointing him/her towards Jesus.

Peter returned us to the events of 1904-1905 Welsh Revival and reminded us that the chief hallmark of that move of the Spirit was not healings or dramatic manifestations but rather the 150,000 Welsh men and women who gave their life to Jesus in repentance during that momentous year. Peter spoke about how Jesus has sent the Spirit to guide us in truth, and chiefly that truth is the truth about our need for God and the fact that Jesus has died for us. Once we are filled with the Spirit he is then interested in transforming our character with his fruit. It matters not if we can heal or speak in tongues or prophecy (though these things are good), without the inner transforming work of the Spirit it is all redundant, and indeed it can be dangerous because we become focussed on what *we* can do rather than what Jesus wants to do in us.

All this is deeply encouraging. I don’t know if the preaching is like this every night, but if it is it bodes well. Time and time again we were reminded that the Spirit comes to point us to Jesus and his work, that is all about Jesus. Jesus, Jesus, Jesus. Victory Church don’t advertise who is speaking each evening because, well, they want it to be about Jesus and not the person on stage, as if he was the one performing the healings and conversions. And yes, there are conversions, because after Peter Jenkins finished speaking and invited us to pray, or rather commanded us with a clear “Every head bowed in prayer”, the first thing he did was to call sinners to repentance and over ten responded. And he was very clear – this was the most important act of the Spirit that was happening that evening. Forget the man who got up out of his wheelchair over two months ago starting this “Outpouring”, forget the brain tumours healed, sinners coming to a God who sent his Son to die for their sins and finding forgiveness and transformation is the key work of what God is doing in a little valley in Wales.

Which is not to say that after the new converts had prayed and been prayed for there wasn’t a call for prayer for healing. One of the key marks of this move of God has been the dramatic miracles, so those who wanted prayer for anything physical or emotionally broken were called forward. And then the general call was not for “your miracle” or for “a blessing” but for attendees who wanted to see more of the fruit of the Spirit in their lives to come and receive. And come they did. For the hour that I stayed after Peter finished preaching people came forward to be prayed for. Once again the humility of the occasion was evident – no-one was brought on stage to be paraded in front of the TV cameras (though the whole event is live-streamed) and the microphones were switched off so nobody could hear what was happening in the individual pastoral encounters. Equally, there was no lining up to “receive” from any particular person, Christians came up and stood waiting for prayer and it didn’t matter which member of the prayer team prayed for them – what was important was Jesus not any human.

As we left towards 10pm (and I would have stayed if I didn’t have an hour’s journey back to my hotel room) I had a great sense of peace about the whole thing. Yes, I went forward for prayer and I received for a specific purpose, being prayed for three times including a word of knowledge. That’s between me and God. And that crucially is the beauty of what is happening in this little tin shed in a forgotten corner of the United Kingdom. Christ is being proclaimed and people are meeting him and being transformed by that encounter. It’s evidenced in the life of the reformed alcoholics and drug addicts who showed us where to park. It’s proclaimed in the testimony of the lady saved from Satanism and whose life has broken into light from darkness.

If I could offer some words of wisdom it would be simply “Carry on like you are doing”. For years now I have been teaching that the true work of the Holy Spirit happens when the truth of Jesus’ promises in the Bible are clearly proclaimed and then we invite God to do what we have just seen him share with us in Scripture – that is exactly what I saw last night. Yes, there are miracles, but the miracles are not an end in itself but rather the tools by which the unsaved are drawn to encounter a living saving redeeming and transforming saviour.

In the light of this Victory Church needs to eschew the limelight. Resist the temptation to put this move of God on the big Christian TV channels. Carry on not publicising preachers and turn down offers from big names to come and “impart the blessing” for there is no blessing to impart apart from what Jesus through the Spirit is already doing. If Victory Church consistently find they are running out of space then open a second meeting further down the valley. The 1904-1905 Welsh Revival spread because they run out of space in the churches so they had to meet in new places. It was an organic flood of the Spirit’s power through the Prinicipality and beyond and the big danger 100 years later is that any attempt to “organise” will quench not fan the flames of what God is doing.

And God is definitely doing something. Is it revival? Quite blatantly it is not yet because, as we heard preached so clearly and correctly last night, revival happens when the church is repentant and when unsaved unregenerate sinners come to the foot of the cross and claim it for their own. Although that is happening in small amounts it is not yet the flood that would indicate a truly powerful wave of the Spirit of truth unveiling spiritual eyes and showing people their sinfulness and the way that Jesus is the solution to that sinfulness. But, and of this I am certain, if revival is to come to this land it will *not* come through the glitz and glamour of the likes of God TV, whose “revivals” are anything but. If revival is to come it will come through the faithful preaching like I heard last night and a God who honours his name being glorified and his Son’s sacrifice being proclaimed boldly to all who will hear. And who knows, perhaps a small shed in the middle of nowhere is the place where the transformation of a nation begins.

Lord send revival, send it now. Start with me.