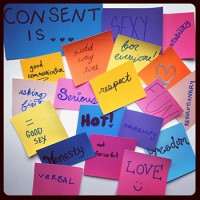 This is going to be a controversial post and I make no apologies for that. OK, I make a teensy apology for it. I’m sorry if you take offence at what I write. I’m not trying to offend you, I’m just trying to get to the underlying issues in the responses to a recent court case here in the UK and in doing so I might say something that you don’t agree with. You might even misunderstand me, but if you do I ask that you don’t deliberately misunderstand me. OK?

Right, to business. The outcry today after a thirteen year old girl was called “predatory” in a court case where a forty-one year old was found guilty of abusing her was widespread. The response by some was direct and to the point – how dare a barrister or a judge describe a victim in this way? The narrative was one of a misogynist culture demonizing the victim of such an assault, blaming her for leading the adult on. As Polly Toynbee wrote on the Guardian website,

How familiar this is. When in doubt, the female temptress is to blame, the old Eve â€“ or in this case, a very young one. The little vixen had led astray a 41-year-old man found to have images of child abuse and bestiality on his computer. But never mind, the indelible image ofÂ Nabokov’s LolitaÂ allows men to side with Humbert Humbert. Girls are never innocent, they are born knowing, alluring seductresses at any age, asking for it, in one way or another.

Hmmmm… A number of points need to be made.

And so back to this unfortunate 13 year old caught at the centre of this tragic sexual abuse case. I wonder whether the reason so many people are so angry at the assertion in a court of law that this girl was sexually predatory and eager to have intercourse with the adult (even though the man in question should very clearly have refused) is that to accept this is to unravel the complicated web of denial and contradiction that our society creates to avoid the problems around the morality of all kinds of sexual activity, let alone underage intercourse. In a society that will not accept the Biblical call to holiness of sex within and only within the marriage of a man and a woman, our god and point of authority instead becomes consent. But we then have to deny this particular girl her right to give consent because our deification of the concept leaves us in a deeply disturbing place when faced with the situation of an adult having sex with a teenager. To defend ourselves from this contradiction we introduce the notion of “informed consent” which we then link to a subjective barrier (turning 16) which in and of itself gives absolutely no guarantee that an individual will be in any way informed enough to make a valid decision. We compound this situation by insisting that it is utterly inappropriate to suggest in a court of law that minors ever desire to have sex with adults and that they attempt to create situations where that occurs because we want to protect this notion of informed consent to allow ourselves as adults to be able to consent to whatever we want to do sexually and not have any societal disapproval. However, whilst we consequentially insist that minors cannot give informed consent for sex, we then facilitate their uninformed consent by equipping them to engage in their uninformed choice to have sex if they so choose, just as long as the person they do it with is aged under 16, despite the fact that it is illegal. And all this because consent is king, because consent is the ultimate arbiter of morality. You can do anything you want as long as it’s consensual, but then again you can’t if we say you can’t if it makes us uncomfortable.

And then we wonder why our society has so many broken people sexually.

Or of course it could just be rampant misogyny. You choose.

Prisoner Ben writes some good stuff on this as well.

Obviously, to point out that 13 year olds can be sexually predatory is to invite comment. Most of it based on straw-doll arguments. To say that such children can be sexually predatory is not to defend the men who succumb. It is not to argue for a lowering of the age of consent. And it is not to argue that “she was asking for it” (though she literally did, it seems). It is no more, and no less, to state a fact â€“ that people under the age of 16 can have a sexual will and act to achieve it.

This is repellent to some minds. It flies in the face of their world-view, it is to challenge the sometimes twisted ideology that inveigles some crevices in the child protection movement. They cannot encompass the idea that children can be sexual, let alone predatory. I find this worrying, even frightening, that such a denial of reality can take such deep roots that to challenge it is beyond civilised discourse. Such stupidity craves challenge.

It is possible to advocate child protection whilst accepting that some children are sexual beings. It is possible to admit that some people under 16 can have sex willingly, without trauma, and yet not be advocating sex between them and adults. In short, no matter how sexually predatory a child may be, it does not excuse â€“ even implicitly â€“ the adults involved.

Once this is accepted, even slightly, then the Outraged move on to their ultimate argument â€“ that children (even if sexual) are not sufficiently endowed with emotional or moral reasoning to be allowed to make sexual choices. This may or may not be true; it is largely irrelevant to my argument. For the very same people who heap abuse on anyone who dares throw the reality of biology into the faces of the po-faced are the ones who cheerfully insist that children who have sex with other children are abusers and should be thrown in prison.

Interesting…. So kids are not sexual. Or even if they are, they are not responsible. Ever. Unless we decide they are. Then we throw them before the courts and hold them accountable for the very sexuality we deny they are capable of being responsible for.