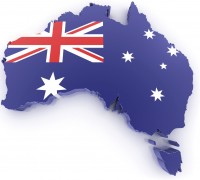 Seats – I predicted 90 Coalition, 57 Labor and 3 Others. The result (projected but pretty certain) is 89 Coalition, 57 Labour and 4 Others. I was one seat out, because I wasn’t expecting Clive Palmer to do quite as well as he did in Fairfax. My analysis that Labor would do slightly better in the constituencies then the vote share would indicate was broadly correct.

Not too bad at all! The only firm that is beating me so far is Newspoll (and barely) and the others aren’t even in the game really.

On top of all that, I made a nice killing on Betfair by backing the Coalition to get 90 or less seats when everyone was predicting 91 or more.

Pretty good considering 12 hours earlier I was at Gayle’s side whilst she gave birth!