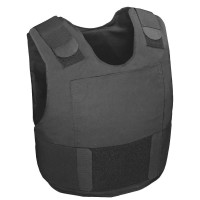 It is very possible that in years to come we will look back at the weekend that has just passed as the beginning of the moment of denouement for the Church of England. The publication of the Bishops’ Statement on Same-Sex Marriage has galvanised many across the theological spectrum and already we are seeing the first moves.

Changing Attitude is reporting that the Bishop of Blackburn has called in the four clergy in his Diocese who have been open about having Civil Partnerships. Of course, what the content of the conversation the Rt Rev Julian Henderson might have with his priests is not known – he may just want to remind them explicitly of what the Bishops have agreed, he may want to ask them other questions.

On the other side, some liberal parishes are now being blatantly challenging in their publicity of offering same-sex blessings.

This is of course contrary to the Bishops’ Statement of this weekend and back in 2005. A petition has been launched to protest at the new guidance (though what effect that will have is debatable). In other places, revisionists are angrily trying to out “gay bishops” that they accuse of being hypocritical. Already there is enough on one group’s Facebook page to clearly identify one recently retired Bishop (whether the allegations are true or not).

There is the danger that events may unravel very quickly indeed. With emotions so high, angry and upset people are capable of making mistakes of judgement that will rapidly escalate the simmering tensions. The one thing that the House of Bishops doesn’t want to do is lose control of events.

Batten down the hatches, it’s about to get very stormy.

85 Comments on “The Opening Shots”