From the Rt Revd Ian Brackley (Suffragan in the Diocese and currently “in charge”). 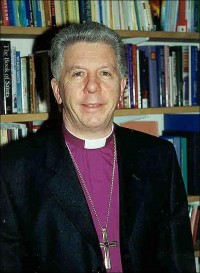 You will no doubt have heard through the media news of the Pastoral Letter which the House of Bishops has issued as guidance concerning the Same Sex Marriage Act which comes into force at the end of March this year. Inevitably, the media have highlighted what is seen as the negative outcome rather than the many positive things which the Guidance has to say. The Letter and the accompanying advice contained in the Appendix are available online on the Church of England website. Please read all of it very carefully.

You will notice, and this is what Bishop Christopher and I were keen to point out in our earlier letter to the clergy, that a pastoral response of prayers is encouraged, where appropriate, to gay couples who may enquire about the possibility of some form of service. This would not be any fomal rite or liturgy but, as paragraph 22 of the Appendix states, a ‘more informal kind of prayer, at the request of the couple, might be appropriate in the light of circumstances’. My own view is that this might be best done in the couple’s home.

Yours in Christ
+Ian

Bishop Ian appears to agree with me that a “blessing” in private is acceptable, but any form of public liturgy is the issue.

If you receive an ad clerum in your diocese, please let me know.

23 Comments on “And now Guildford”