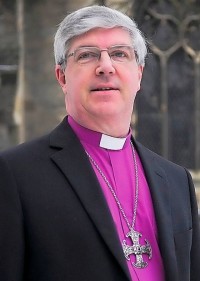 You may well be already aware that, following a meeting of the House of Bishops on February 13th, the Archbishops have issued a pastoral letter signed on behalf of the House related to the introduction of same-sex marriage. The first such marriages in England will take place in a few weeks time.

The reporting of the letter and the appendix to it has been relatively limited in the national media, and some comments suggested the House of Bishops had taken a harsh line. Hence, it seems important to distribute the letter and its appendix directly to you. It is available, of course, through the Church of Englandâ€™s website too.

The Bishops are clear that the Governmentâ€™s introduction of same-sex marriage in this country should not, and ought not to, change our understanding of marriage as expressed in the Canons and the marriage liturgy of the Church of England. Nevertheless, there will be pastoral issues to be addressed in our parishes as a result of this change. The House of Bishops wanted to give some guidance now, even though there has also been recent agreement to promote facilitated conversations on issues related to same sex relationships in the light of the report by Sir Joseph Pilling, presented to the House of Bishops towards the end of last year.

The tone of the pastoral letter is as important as the text of the appendix which accompanies it. The appendix should not be read in isolation from the letter. Congregations are encouraged to welcome couples in same sex marriages and that will be a challenge for some parishes and clergy. The continued refusal to authorise a service of blessing after a same sex marriage or civil partnership will be a source of regret to others, though the House is clear that there are appropriate forms of prayer and pastoral support which can be offered to couples in such situations. Clergy are required to fashion their lives and ministries in accordance with the Canons of our Church (including Canon B30 on marriage) which is why the House believes contracting a same sex marriage conflicts with the Canons and disciplines of the Church in a way entering a civil partnership does not. The letter and its appendix are described as â€œpastoral guidanceâ€. The letter also refers to the demand of the gospel that â€œwe all listen, speak and act with integrity, self-discipline and grace, acknowledging that as yet our knowledge and understanding are partial.â€

I am very conscious that in this area my own understanding is inevitably partial. I shall seek to respond to any situations and issues which arise as a result of this advice with fidelity to Jesus Christ and his Church and, I pray, pastoral wisdom. Pray for me, as I pray for you.

Interesting. What does “fidelity to Jesus Christ and his Church” mean in practice?

Nothing here in Canterbury yet. Interesting….