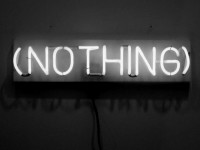 You know the one.

I named nine people that had left Winchester Diocese in the past year or so. Gosh, what a response I got.

To the people who wrote telling me that X had retired and not resigned, my response is “Yes, at what age and with what arrangement?”

To the person who thought I was suggesting I was impugning their actions around their departure – I am sorry. In fact I believe that person has been the victim of a gross injustice and comes out of this looking like the one moral person involved.

To the person who suggests that I have my facts wrong and asked “Will you be changing your piece based on the above information?”, my response is “What I could do is detail the exact reasons around someone’s departure in minute detail or name the specific people banned from going to Jersey or Guernsey (or a Cathedral for that matter) to say farewell to those they have tried to nurture and help for years. Would you like me to change it to that?” I think that person, given that you’re reading this, that we understand each other perfectly well and that you would be well in mind to not trust everything you are told.

To those who say “The budget deficit isn’t that big”, my response is “Have you seen the one forecast for next year?”. Oh no, wait they haven’t because Synod won’t get a sight of the budget for three years.

So instead of responding to all the complaints, inquiries, legal threats (oh yes!) and the like, I just took the post down and enjoyed a weekend away with my church. It’s done it’s work (the post and the weekend away). We know there are issues in Winchester Diocese that need to be addressed. The question is whether that will happen.

To those of you who are angry that I am rocking the boat over stuff like this, that I am making waves, I say only this. If I *really* wanted to make waves I would name the Bishop who used to go cottaging or the ones living in hypocrisy. If I was really wanting to make waves I would name the Bishops who knowingly, willingly, ignore the sexual misconduct of those clergy in their midst. Or perhaps you would like the name of the Bishop who gave a licence to a man who walked out on his wife without any hint beforehand of what he was about to do? Indeed, maybe we should identify the Bishop who tried to send one of his priests off to a rehabilitation centre for paedophiles despite the fact that no allegation of this kind had ever been made against him? The list is endless and what people have told me over the past few years is extraordinary.

I’m not interested in a witch-hunt, or a perfect church for that matter, all I’m interested in is a bit of accountability. If you do something wrong, don’t complain that someone tells other people about it. A little bit of Ephesians 5 wouldn’t go amiss y’know.

Now, who’s going to be announced tomorrow morning as the new Bishop of Lewes?