Peter Ould Posted on May 6, 2014 Posted in Channel Islands, Church of England, Jersey No Comments

According to the Archbishop (on the BBC). 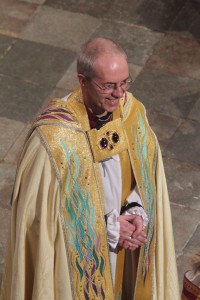 A commission is to look at the relationship between the Anglican Church in the Channel Islands and the Diocese of Winchester after they split, the Archbishop of Canterbury says.

The islands split from the Diocese of Winchester in January after a dispute over how abuse complaints were handled.

The Diocese of Canterbury currently has oversight of the islands.

The Archbishop, the Most Reverend Justin Welby, said the special commission would start work soon.

As a result, Bishop Dakin handed temporary oversight of the islands to the Bishop of Dover Trevor Wilmott, who is based in the Diocese of Canterbury.

After being asked by the BBC how temporary the current arrangement was going to last, Archbishop Welby said: “I don’t know the answer to that.

“The key question is how the Channel Islands are best served by the church and so we’re starting a review.

“Its terms of reference include: how is the mission of Christ in the Channel Islands best served by the church, how is the community best served and the people best loved.”

The Archbishop’s personal involvement has been welcomed by church leaders in Jersey.

The Reverend Canon Gavin Ashenden, Vicar of Gouray Church, said he was “delighted” the Archbishop “cared enough to want to make some comment”.

He said: “I’m glad that he saw it was a constructive and creative thing to do.”

You can listen to the whole interview with Justin Welby on BBC Jersey by clicking here and moving to the time of 07:06.

I think we should pretty well discount the idea that the split is temporary. The ecclesiastical hierarchy in Jersey, rightly or wrongly, have “had it up to here with Dakin” (as one person told me recently). Nothing short of a public apology from Dakin would work to bring them back into Winchester and even then it would be touch and go.

Which all makes the appointment of the new Dean of Guernsey in the autumn really interesting. Who’s going to be the Bishop responsible? Trevor Wilmott of Dover?