When man began to multiply on the face of the land and daughters were born to them, the sons of God saw that the daughters of man were attractive. And they took as their wives any they chose. Then the Lord said, “My Spirit shall not abide in man forever, for he is flesh: his days shall be 120 years.” The Nephilim were on the earth in those days, and also afterward, when the sons of God came in to the daughters of man and they bore children to them. These were the mighty men who were of old, the men of renown. 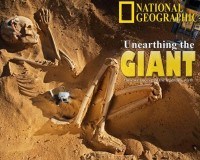 There are a number of opinions as to what is going on in this passage. The sons of God and the daughters of man could be one of the following.

Whichever of these options it is, the interesting thing is that when the sons of God find the daughters of man attractive, this is the same root word as in Genesis 3 when the Fall occurs.

So when the woman saw that the tree was good for food, and that it was a delight to the eyes, and that the tree was to be desired to make one wise, she took of its fruit and ate, and she also gave some to her husband who was with her, and he ate.
Genesis 3:6

The key here is that the sexual union which is good in the Garden of Eden (“they knew no shame”) is now corrupted as part of the Fall. Whether it is a move to polygamy or simply compromising holiness, sex is seen to be a powerful driving force in the lives of humans, leading to outcomes that are less than perfect. God’s judgement on these unions is to limit the life of man.

It is unlikely that the Nephilim are the offspring of this union (a view favoured by those who take position (i) above). Rather they are simply genetically tall humans as mentioned in Numbers 13:33.