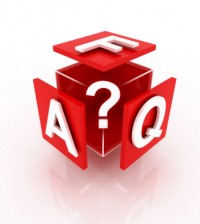 Here’s a number of questions I frequently get asked and my response to them.

If you want to ask a specific question, please use the contact form.

Do you believe homosexuality is genetic or is it psychological?

Neither and possibly both.

The best evidence we have is that sexual orientation and desire is a complicated mix of biological and environmental factors. We know from repeated twin studies that whilst there is a large genetic component to male homosexuality, there is an equally large environmental component. It’s important to point out that by “environmental” we mean not just post-birth experience but also intrauterine (in the womb) factors. Some developmental theories propose an “antibody” effect in the mother’s womb to male children, but this theory has no empirical data supporting it.

The best research indicates that female homosexuality appears to have much more extra-uterine (outside the womb) factors involved.

The notion that someone is “born gay” is a complicated one that often comes loaded with presuppositions about genetics. The simple fact is that we do not know if people are born gay, and even if they are, that may be down to intrauterine effects rather than simply a gay gene(s). Although many self-identified homosexuals report feeling different from their peers at an early age (though many do not), that may not be a straight forward biological “I was born different” issue. There is evidence that what some people may be reporting are issues with same-sex peer bondings which lead to the development of homosexuality (rather than the homosexuality leading to the issue of same-sex peer bonding). And of course, many adult homosexuals report no issues with same-sex peer bonding at all which may point us towards talking about “homosexualities” (plural) which may have disparate causes rather than a simple idea of homosexuality (singular).

The most common feature of some commentators in this area (on both sides of the debate) is to quote the research that supports their position and ignore the research that challenges it. On this page I’ve tried to catalogue the best papers on the issue from all perspectives.

Do you believe anyone can change their sexuality?

No. That of course isn’t the same as saying people who want to explore sexual orientation change efforts (SOCE) shouldn’t do so, but they should be aware of the likelihood (or lack of it) of substantial change. Jones and Yarhouse found in the only proper longitudinal study on the subject that a minority reported some movement on the Kinsey scale. As the APA suggested, much more robust research is needed in this area to clarify whether SOCE actually work.

The most interesting aspect of Jones and Yarhouse’s research is that whilst some of their participants saw very little change in their orientation, there was a dramatic shift in their sexualÂ identity,Â how they saw themselves as sexual people. Some people were able to accept having same-sex attractions but no longer self-identified as gay. This “post-gay” idea is one I explored a few years ago.

On this page I’ve tried to catalogue the best research papers on sexual orientation change, voluntary or involuntary. The latter is one of the most fascinating areas in this whole debate – people who are comfortable in one sexual identity for years and then transit to another.

Do Sexual Orientation Efforts Cause Harm?

This is an interesting subject. The most commonly cited paper on this (Shidlo and Schroeder, 2002) is used often to suggest it does cause harm, but this research suffers from having a convenience sample and from not qualifying what the harm reported actually was. It is essentially (like Spitzer 2003)Â just a selection of anecdotes and the plural of anecdotes isÂ not anecdata. By contrast, Jones and Yarhouse who undertook the only (to date) longitudinal study of those going through SOCE found no statistically significant evidence of harm on clients, even those who said the therapy hadn’t worked or who had dropped out of the therapy.

Why do you make a distinction between same-sex attraction & activity?

First, because the Bible does, or to be specific, the Bible never discusses sexual orientation when revealing which sexual activities are sinful. Secondly, it’s a very useful way to disentangle one’s emotions and desires from one’s actions and helps us understand ourselves much more coherently as sophisticated self-aware beings.

Our modern society attempts to define people by their emotions and desires and it suggests that they should be prescriptive of one’s behaviour. But splitting out desire and behaviour means that we can address each individually and see how one is not the other. For example, in my pastoral work with men who struggle with sexual attraction to children, it is incredibly useful to help them see that many people have different forms of sexual temptation to sinful activity and that the temptation itself is not sinful. In a similar manner (though obviously different in many ways) for some men and women the ability to identify and openly own “same-sex attraction” whilst rejecting the label of “gay” (which is used by Western society in a prescriptive manner) can actually be incredibly liberating and allows the construction of a healthy honest sexual identity around a religious conviction rather than a sexual desire.

Is there a danger that one can over-intellectualize theÂ area of human sexuality â€“ particularly in regard to how Churches engage with theirÂ gay members, and the broader LGBT community â€“ at the expense of simply sharingÂ life together; building a caring, just and compassionate space for all?

Your questions presupposes that we should all just get along happily and ignore the serious differences that touch on some very basic aspects of doctrine.

Can we over-intellectualise? Well yes, but both sides are guilty of that. However intellectual thought is necessary to grapple with the truth of what sexual identity actually is. If we want to engage with the LGB community (I don’t include T because I think that is a separate issue) then we need first a theology of engagement and that requires some intellectual thought!

What’s your stance on Gay Marriage

I have no issue with the idea of providing the same kind of legal rights for same-sex unions as for marriages. In this regard I support civil partnerships / civil unions. However, on the understanding of what marriage is I agree with the fundamental procreative basis of such a union as argued by Girgis et al. Redefining marriage is fundamentally a philosophical exercise that I suspect most proponents of have not thought through sufficiently.

Why do you run this website if it offends people?

First, just because someone is offended it doesn’t mean that what was said is wrong. Often people are offended because their paradigms are challenged rather than someone actually saying something abhorent. I don’t ever intentionally set out to offend people and I block commenters who use offensive language on this blog.

Second, I think it’s important that in the conservative part of the Church we have an honest and open discussion about sex, sexuality and sexual identity and that is what I try to do here, exploring and being honest about the research on the issues in this area even if they challenge my currently held position. It is not an accident that of all the religious blogs in the UK dealing with sexuality (on both sides of the argument) I am by far the most widely read and linked to.

Some of it is vile, some of it is amusingly ignorant. Occasionally I publish the best (worst) emails and comments on “Fan Mail Friday”.

Do you ever worry that your website is adding to prejudice against gay people and reinforcing exclusion from society/families?

I hope not, given that I am often arguing against the stereotype of promiscuous gay couples who can never be good loving parents to their children.

The Church of England

What about gay Bishops?

What about them? When people talk in public about there being gay bishops in the Church of England and that they are hypocritical, it is just hearsay and rumour-mongering. If people want to allege that there are Bishops in relationships or having affairs, they need to name them and provide evidence. There are a number of gay bishops who are celibate or happily married, and to simply tar them all with the same brush (and by not naming those accused of being hypocrites you are de facto doing that to the ones whose praxis is orthodox) is muck-racking of the worst kind. If you believe someone is being hypocritical, if you want to say it in public have the courage of your convictions and name names.

Do you still find men attractive?

I find all kinds of people attractive.

Being honest about your sexual desires is the best way to live with them. This is why I find it literally hilarious when I and others are accused of “suppressing” our sexuality. The truth is that all of us suppress our sexuality every day and choose not to act on our desires, but it is possible (and for most people normal) to be completely honest about our sexual desires and to choose not to act on them (“suppress”). What critics actually mean when they say someone is “suppressing” their sexuality is that they are somehow denying their “true” nature, but if one is both open and honest about one’s sexual and emotional desiresÂ and in that context sets up and maintains a healthy functional relationship with someone of the opposite sex, what exactly is being suppressed?

Can you tell us more about yourself?

How much is your worldview and work in the area of humanÂ sexuality informed by personal experience and your own lifeâ€™s journey, and howÂ does that impact your ability to approach the subject objectively?

Everyone’s opinions and positions are shaped by their experiences. However, on top of my own personal experience I also take the academic body on issues around human sexuality very seriously. Just because person A reports change doesn’t mean that that should be a normative experience for all people. Indeed, when the evidence seems to indicate very clearly that most peopleÂ don’t substantively change, you have to consider yourself the outlier.

I think I have a track record on this site of dealing with the scientific and statistical evidence objectively. Where those on both sides of the argument put up narrative around studies that are simply not supported by the data, I criticise regardless of whether I agree or not with the author on other matters.

I found something somewhere else on the web that you wrote a decade ago. Do you still believe what you wrote then?

It depends what it is. Like all of us my views have adapted and developed over time. I’m also open to having my mind changed by better evidence. If you really want to know whether I stand by something I wrote a while ago, ask meÂ before you publicise it everywhere and then get embarrassed when I point out I retracted it last year.

How can I support you?

You can pray for me and if you want to read more on the issues around sexuality and sexual identity, book purchases from my store help to pay for the website.