Following on from the power of Twitter in the Trafigura case earlier this week, it now appears that Web 2.0 is going to bring down one of the Daily Mail’s leading commentators.

In a controversial article Jan Moir uses the death of Stephen Gately to imply that there is something intrinsically dangerous per se in the life of those who self-identify as gay. In particular, the final sentence seems to suggest that *all* gay people are involved in illicit sex and the taking of narcotics:

For once again, under the carapace of glittering, hedonistic celebrity, the ooze of a very different and more dangerous lifestyle has seeped out for all to see. 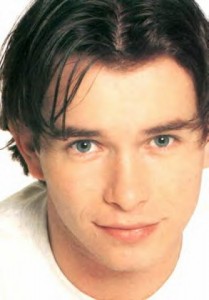 Now, to be fair there are details around Gately’s death that might not lead to him getting a personal invite to the annual dinner of Moral Rearmament, but how we leap from there to a general accusation of the life of all gay people is beyond me. While the evidence now seems to be that Gately smoked cannabis the night before he died (hardly a “gay” issue) and that the Bulgarian guest in the house was there for more than a nightcap, I simply fail to see how this has any bearing on other gay people. Furthermore, the autopsy revealed the cause of death as acute pulmonary oedema and his activity over the previous 24 hours would most likely have had no part to pay in this (there is a very slight chance that his cannabis consumption may have had an effect, but again one cannot argue in any way that that is a “gay” issue).

But the point is clearly this – even if Stephen Gately was the most morally reprobate individual in creation (and by all accounts he was not in any sense such an individual), how one from that discerns that all gay people are similarly corrupt is an exercise in implausibility far beyond what most of us are capable of. The issue with Jan Moir’s piece is not the reporting of individual facts of the case (and to be fair to her I have some sympathy with the view that events around Gately’s death have been “saccharined” to make them more palatable to his wider fan base) but the insinuation that the actions of one or more individuals can be approximated as the characteristics of all those who share a social identification (and of course that’s before we even begin to discuss whether there is such a general categorisation as “gay”).

I’m afraid that all that this seems to demonstrate is what can be best called as “homophobia” and unfortunately it can be found amongst some of those who are socially conservative. To be fair, many of those who would object to homosexual behaviour on moral (biblical?) grounds would at the same time be the first to complain about unjust discrimination against someone who was gay (i.e. secular employment rights, housing issues etc). There are though a minority who latch onto headline statements that confirm their prejudices. The problem with this line of thinking is that it undermines the moral argument that is attached to it when presented by those who are part of the identified group and yet whose lives bear no relation to the stereotype appealed to. For example, the argument against homosexual behaviour based on the dangers of anal sex and the level of promiscuity in the “gay community” (is there such a thing in reality?) is blown apart when you are introduced to the monogamous homosexual couple who have been together exclusively for 30 years, who don’t engage in any kind of medically dangerous sexual activity and who are pillars of their local community.

Daniel Finkelstein summarises these issues for us in a succint manner:

There seem to me to be three statistical mistakes here.

The first is that you can learn something useful from a sample size of two.

The second is that you select your sample by reading back copies of the Daily Mail and finding famous people who fall into the category you wish to study who have been in front page news stories in the last month.

There is, you see, a chance that this method will bias the sample.

And third, Ms Moir appears to have forgotten how useful it is to have a comparison group.

It did not strike her that by employing the same sample selection method (Daily Mail stories) she could have found two marriages to compare with the civil partnerships.

All in all I think the statistical errors are so great as to leave open the possibility that Ms Moir’s piece of analysis was not designed to get at the truth.

The key word here of course being “bias”.

Jan Moir’s statement in response to the furore completely misses the point.

“However, the point of my column-which, I wonder how many of the people complaining have fully read – was to suggest that, in my honest opinion, his death raises many unanswered questions. That was all.

“Yes, anyone can die at anytime of anything. However, it seems unlikely to me that what took place in the hours immediately preceding Gatelyâ€™s death – out all evening at a nightclub, taking illegal substances, bringing a stranger back to the flat, getting intimate with that stranger – did not have a bearing on his death. At the very least, it could have exacerbated an underlying medical condition.

“The entire matter of his sudden death seemed to have been handled with undue haste when lessons could have been learned. On this subject, one very important point. When I wrote that â€˜he would want to set an example to any impressionable young men who may want to emulate what they might see as his glamorous routineâ€™, I was referring to the drugs and the casual invitation extended to a stranger. Not to the fact of his homosexuality.

Even a cursory reading of the piece shows that Jan did not stop at just examining Gately’s death but made insinuations from it about everybody who self-identifies as gay. The attempt to create a chain of causation between the previous 24 hours and Gately’s death is desperate and clutching at straws in defence. For example, how possibly can having sex with a stranger lead to an underlying heart condition which then causes death by acute pulmonary oedema? Very clearly any sexual activity with a third party was not the direct cause of death (as if if Gately had only had sex with his partner and not the Bulgarian this wouldn’t have happened), so why raise it as a possibility?

Methinks Ms Muir should apologise properly and learn from the experience.