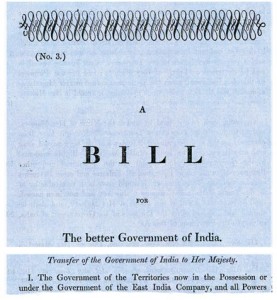 In case you missed it, the Government yesterday accepted an amendment that protects clergy from being sued for discrimination for refusing to marry a couple if they believe one of the spouses has had a gender transition. The text of the debate on these amendments is here, but this is the key section from the Government minister.

I will speak to both Amendment 58A and Amendment 58B, but before I do, may I say to the noble Lord, Lord Hunt, that our job in this House is to test Bills, to test whether they work and to seek clarification of them, and therefore all our discussions are going to be about, does this work, does it do what it says it is going to do, do we think it will work and, occasionally, have we forgotten to put something in that might make it clearer? It is not a question of forgetting, actually; it is probably a question of a test that was done before it even reached the Floor of the House, where we tested it and found that, perhaps, it did not do quite what we intended.

Amendment 58A seeks to make clear that a clergyman of the Church of England, or a clerk in holy orders of the Church in Wales, will not be subject to a claim for discrimination on the grounds of gender reassignment when acting in accordance with Section 5B of the Marriage Act 1949. Section 5B allows a clergyman or clerk of the established church to refuse to solemnise a marriage if he or she reasonably believes one of the couple to have gained their legal gender under the Gender Recognition Act 2004. The 2004 Act was passed to provide transsexual people with legal recognition in their acquired gender. Under that Act, legal recognition of a person’s new gender follows from the issue of a full gender recognition certificate by the gender recognition panel. Legal recognition of the new gender has the effect that, for example, a male-to-female transsexual person is recognised for all purposes as a woman in English law. On the issue of a full gender recognition certificate, a person is entitled to a new birth certificate reflecting the acquired gender and is able to marry someone of the opposite gender to his or her acquired gender.

Although the Bill is not intended to cover this situation, we do agree that as a result of the Bill’s broader protections for people who are undergoing or have undergone gender reassignment, there is a risk of claims being brought unless an exception such as this is put in place. Consequently, we are happy to accept the right reverend Prelate’s amendment.

With this in mind, we agree that the position of religions other than the Church of England and the Church in Wales needs to be clarified, in case there was doubt that Part 3 inadvertently alters the position. We are therefore grateful for this amendment. In England and Wales, it will allow those, such as Catholic priests, who consent to the solemnisation of the marriage of a person in a registered building the same facility as clergy of the established church to refuse to marry people who have undergone gender reassignment without facing a claim for discrimination, as described by my noble friend Lady Gould. In Scotland, it will allow what it refers to as “approved celebrants” to decline to solemnise a marriage for the same reason. It defines approved celebrants by reference to the Scottish legislation: the Marriage (Scotland) Act 1977.

1 Comment on “Gender Recognition, Marriage Solemnisation and the Equality Bill”