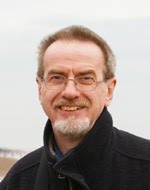 Some would regard the termination of the period of reception by the fiat of Synod as a job well done. Others, however, would regard it as a betrayal, not least of the talk, for the last eighteen years, of â€˜two integritiesâ€™. Indeed, in this respect a decision by the General Synod could not be regarded as a decision by the â€˜Church of Englandâ€™ since it will, of necessity, rely on a majority overruling a minority at a point of faith and conscience hitherto encouraged and embraced.

Moreover, this issue confronts us at a time when the English episcopate are â€˜wobblingâ€™ on their commitment to the position hitherto maintained by Issues in Human Sexuality.Yet I would want to suggest, tentatively, that the latter may well provide an indicator of the way ahead.

In his recent address to his diocesan synod, the Bishop of Gloucester argues (as has the Bishop of Liverpool) that sexuality is, precisely like the ordination and consecration of women, a â€˜second orderâ€™ issue over which, on the basis of Anglican â€˜comprehensivenessâ€™, we ought to be able to live together in â€˜aâ€™ communion if not full communion.

At least in regard to the ordination of women, the Bishop is right. That is exactly what the legislation enacted in 1993 set out to achieve, and it succeeded. We do indeed live together and, insofar as we can regard Rodney King as a theologian, we do all, just about, â€˜get alongâ€™ according to his dictum. One of the reasons we are able to do this, however, is that no-one is compelled to accept the ministry of ordained women.

Logically, then, the way for us to continue to â€˜get alongâ€™ over women bishops is to allow the same with regard to them and, moreover, to allow it with the maximum exercise of principle and conscience, rather than (as Synod seem currently bent on proposing) the minimum. Doubtless this could be achieved, and though doubtless it would be messy, we would continue to â€˜get alongâ€™.

Question is though – do we want to “agree to disagree” on both of these subjects or neither?