Complaining to the ASA about the Marie Stopes Advert

I know many of you were offended by the Marie Stopes advertisement on Channel 4 on Monday. Here’s a quick guide to how to complain to the ASA.

3. Type of Advertisement is “Broadcast and Cinema”; Subtype is TV Ads

7. In the fourth box type something like the following

I wish to complain about the above advertisement which breached advertising standards. This advertisement should not have been aired because

* Although MSI is a charity, the services which it will advertise involve a commercial transaction, as the public are charged for Â£80 for a telephone consultation and hundreds of pounds for an abortion.

* These services are also â€˜medicalâ€™ since they require the signature of two doctors and therefore by analogy are prohibited by the code (which prevents advertising for prescription only products and services).

* The subject of â€˜abortion servicesâ€™ is a matter of significant political debate and controversy. Furthermore, MSI openly engage in the political campaigns to change the law on abortion and refer to this advert as part of â€˜a wider campaignâ€™. Commercial advertising of such issues is not permitted.

If you felt led you could also email your MP with a similar short but precise letter. I’ve emailed my MP Mark Prisk and you can find out who your MP is here (just type in your postcode). 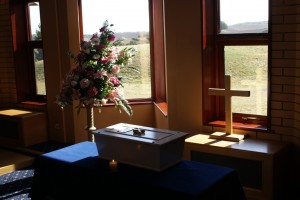 Zachary died at the same age as some of these babies are murdered. He was not just a lump of flesh.