Why is Consensual Incest Unholy? 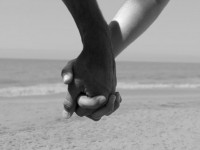 In previous posts we’ve been exploring reasons why the BibleÂ  prohibits incest. Working from a basis that the union of husband and wife is a signifier of the union of Christ and the Church, we’ve seen that there is a challenge to the Biblical prohibition of incest when we encounter a “permanent, faithful, stable” brother/sister couple. If (sexual) relationships that are consensual, non-abusive, permanent and stable are to commended, how can we condemn such a relationship between two siblings. It might be argued that such relationships have high danger of producing genetic abnormalities in offspring, but then such a line of reasoning still opens up acceptance for sexual incestuous relationships where one of the partners is sterile. In this case, why should such a couple not marry?

So why does Scripture forbid incest, even incest which is consensual, and how does it’s prohibition fit into the husband/wife = Christ / Church model? I think the answer lies back in Genesis 2.

Then the man said,

“This at last is bone of my bones
and flesh of my flesh;
she shall be called Woman,
because she was taken out of Man.”

Therefore a man shall leave his father and his mother and hold fast to his wife, and they shall become one flesh.

We can see that the key to marriage is not just the union of a man and his wife (to represent Christ and the Church), but also that they come from different families. Why? Because a brother and sister are already in some sense one flesh – they share large portions of their genetic code, they have (most likely) grown up together and they are (emotionally) intimate to some degree. Marriage between two such people would not be as clear a signifier of the union of differences (we are as the Church, after all, not Christ!) as bringing together two people from different families.

There is also the very clear idea throughout Scripture that salvation is portrayed as grafting into a new family. From the notion above in Gen 2:24, to the language of adoption in Rom 8:15 and Eph 1:5, it is clear that Scripture portrays the importance of the idea that salvation is equivalent to becoming a new person in a new family. For this reason, the wife is from a different family to her husband, and she then on marriage moves into his family (or specifically forms a new family) and no longer belongs to her old (in name and other ways). In the time of Jesus it was not uncommon for the wife to join her husband in his family’s house – it would have been almost unthinkable for the reverse to happen.

So we see clearly that one of the components of marriage, the moving of the wife physically and spiritually into a new family, is a sign of salvation, a symbol of how Christ makes the Church new. Incestuous relationships can never fulfil that signification, so they (like homosexual relationships in a different way) say something wrong about the saving work of Christ. An incestuous marriage proclaims spiritually that Christ does not give new life and a new identity with salvation.

28 Comments on “Why is Consensual Incest Unholy?”