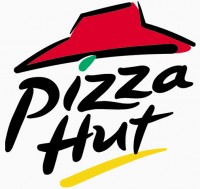 Imagine my surprise, when on Friday evening I took my wife and brother-in-law out to your restaurant in Canterbury. At the end of the meal I was presented with the bill and there at the bottom was an extra item that I had not ordered. “Donation : 10p”. “Donation to who?”, I asked the server and the reply came that it was to the World Food Programme, an arm of the UN.

I am not naturally a stingy person, but I was surprised that no great effort was made before the bill was presented to inform me that this was going to happen. There is absolutely nothing on any of the menus to tell me that you were now forcibly collecting for this charity. Eventually I found some information, half way down the page in small print on one of those triangular adverts that was hovering at the end of the table. Other firms don’t do this. Pizza Express for example makes it abundantly clear on the menu (and not in small print either) which of its pizzas include a donation to help some dolphins somewhere (for example).

Here’s the thing Pizza Hut; I went to your website to find out more and this is what you had to say.

Please help us fight world hunger by adding a donation of 10p to your bill to support the World Food Programme (WFP) during World Hunger Relief 2010. For your convenience, this amount will be automatically added to your bill so please advise your server if you do not wish to donate. Pizza Hut UK will match donations to the value of Â£20,000.

Let’s work this out – you will match donations to the value of Â£20,000. How big of you. I grant you that you haven’t made a profit in the UK for three years, but I don’t think you’re being terribly generous. Just a bit of maths makes me realise that Â£20,000 of customer donations would come from 200,000 meals. Let’s be gracious and assume that each meal was a small bill around Â£25 – that’s Â£5 million turnover for your Â£20,000 donation, 0.4% of the figure. The reality of course is that you’re turning over way more than just Â£5 million a year, probably more in the region of Â£50 million. This would make your charitable contribution in the region of 0.04% of turnover and customers would, on an average bill of Â£25, be donating Â£200,000, ten times your contribution.

How so very big of you.

Here’s an idea. Instead of getting customers to pay your charitable donations (because you and I know that they are going to donate through your guilt-trip far more than the Â£20,000 you so “graciously” offer the World Food Programme), why don’t you just agree to donate 0.5% of your turnover full stop without getting us, with no warning, to pretend to be doing you a favour? Quite frankly your Â£20,000 is laughable for the UK arm of an international fast-food giant.

Let’s be clear. When you ask customers to

what you actually mean is

Please help us, dear customers, to look good in the media for pretending to help to fight world hunger. Thing is, we’re actually only giving a tiny portion of what you’re giving, but since you’re British you won’t have the courage to object to this shameless piece of guilt designed to make us look as though we actually care, when the figures show we actually don’t.