Same Sex Marriage in US Cathedral 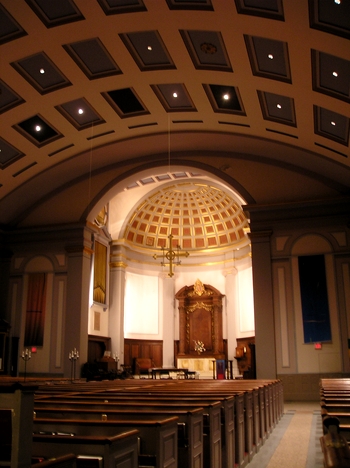 Hadn’t seen this flagged up yet in conservative blogs. 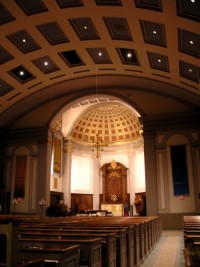 The marriage of Episcopal Divinity School, dean and president, the Very Reverend Katherine Hancock Ragsdale and Mally Lloyd, Canon to the Ordinary, was the first lesbian marriage solemnized by the Right Reverend M Thomas Shaw SSJE, Bishop Diocesan of the Episcopal Diocese of Massachusetts.

At the marriage attended by close to 400 guests, Bishop Shaw commented: â€œGod always rejoices when two people who love each other make a life long commitment in marriage to go deeper into the heart of God through each other. Itâ€™s a profound pleasure for me to celebrate with God and my friends, the marriage of Katherine and Mally.â€

…Though the Episcopal Church’s canons and formularly still state that marriage is between a man and a woman, the church at its General Convention in July of 2009 decided to allow that “bishops, particularly those in dioceses within civil jurisdictions where same-gender marriage, civil unions or domestic partnerships are legal, may provide generous pastoral response to meet the needs of members of this church.”

In November 2009, Shaw announced his decision to allow clergy in the Diocese of Massachusetts to solemnize all marriages–a long wait for many given that same-gender marriage had been legalized in Massachusetts more than five years earlier.

What’s significant here is that the Bishop was publicly involved, it took place in the Cathedral and it was a marriage rather than a civil union. I’m trying to get hold of a copy of the liturgy used so I can blog some theological comment.

5 Comments on “Same Sex Marriage in US Cathedral”