Do you remember back in May when the Presbyterian Church in the States changed it’s Book of Order and inadvertently completely undermined it’s sexual ethic?

Do you see what has happened? This isnâ€™t about the permission of GLBT ordination and ministry candidates in permanent, faithful, stable relationships. What the edits to the Book of Order have done is remove any canonical requirement for any (Gay, Straight or otherwise) Presbyterian candidatesâ€™ sexual relationships to be permanent, faithful or stable. The reference in the old instruction to covenant and fidelity has been completely erased. It is quite possible for a Presbytery to appoint a candidate regardless of sexuality to a position if he or she admits to being in an â€œopenâ€ relationship.

You might argue that no presbytery would do such a thing, but the issue isnâ€™t what they might do but what the rules legally let them do. The nod to â€œguided by Scripture and the confessions in applying standards to individual candidatesâ€ has no force whatsoever, for the definition of what the PCUSA believes Scrpture and the confessions say on this subject has been erased from the Book of Order at this point.

Now it’s the turn of the Episcopal Diocese of San Joaquin (the reconstituted one, not the one that voted to leave TEC) to get it’s theology in a muddle when attempting to deal with same-sex relationships. 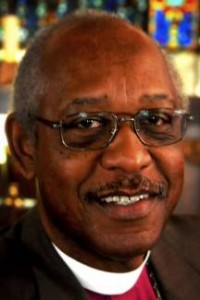 The change doesn’t mean Episcopal priests will begin marrying same-sex couples, Bishop Chester Talton said. Such marriages are forbidden by state law, although that is under review by the courts.

Instead, Talton said, “what is being authorized is a blessing of relationships, which we’ve chosen to call sacred unions.”

That would include a blessing for same-sex couples who were married in a civil ceremony for the short time in 2008 when such marriages were legal in California, he said. It also would include homosexual or heterosexual couples who are not married, but live together in a committed relationship.

The impact, Talton said, will “acknowledge the sacredness of that relationship. I think it also says our church is one that is inclusive, that welcomes all, that will embrace all members of God’s creation in God’s church.”

Work it through with me. The diocese is going to allow blessings, but they won’t be the same as a marriage – they’ll be a “sacred union”. However, any man and woman can come along and ask for one as well. What then is the difference between a “sacred union” and a marriage?

Either there is no difference, in which case San Joaquin have essentially made marriage irrelevant OR the difference is the obvious one, that marriages are oriented towards the procreation and rearing of children and this decision by San Joaquin implicitly recognises that. If this second case is so then it means that San Joaquin have actually created a theology that prevents same-sex couples being married.

Which one is it folks? Or is there another option? Or is is quite simply that Bishop Chester Talton didn’t think through the consequences of his decision?