As soon as the news about the Bishop of Long Island’s ruling on same-sex marriage came out, in particular that clergy in same-sex relationships must marry, along comes Bishop Chane of Washington to contradict him. 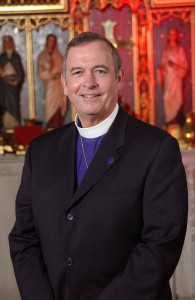 In theÂ Diocese of Washington, Bishop John Chane does not required clergy living in same-gender relationships to marry. The diocese encompasses four Maryland counties and the District of Columbia, which began allowing same-gender marriage in March 2010. At that time ChaneÂ saidÂ that clergy could preside at such civil marriages. The guidelines Chane set areÂ here.

Chane told ENS in a telephone interview July 11 that he would “never, ever” require priests in his diocese who live in same-gender relationships to marry unless they wanted to.

To do so, he said, misses the fact that civil authorities have denied “basic human rights and privileges” to same-gender couples for years and now “it’s almost as if the straight community is once again telling gay people what they ought to do and I find that really somewhat troublesome.”

The district’s law “gives people the right and I believe also the opportunity to determine if in fact they wish to be married to one another, or whether they wish to retain the relationship that they had to live with given the laws that were in effect prior to being allowed to be married like anyone else,” the bishop said.

Previously, “they had no option but to either live quietly in a closet, live quietly together and not do anything or live quietly and ask the church in some way to bless their commitment to one another, but their human rights had been violated by the status quo,” he said, adding that some people in such relationships could lose their jobs if it became known that they were married to someone of the same gender.

“In a culture that is still going through turmoil trying to understand the nature of human sexuality and relationships that are same-gender, I find that â€¦ to be unconscionable,” he said.

Rather than be definitive about what clergy living in such relationships must do, “as we go through this transitional time, there has to be some real careful exercise of â€¦ a pastoral embrace,” he said.

In some senses we might say, so what? What is disturbing though about this is the complete lack of consistency across TEC it demonstrates. Bishop Provenzano of Long Island says gay clergy in relationships must get married or live separately. Bishop Chane says they don’t even need to have a blessing to live together and certainly don’t need to be married. One wonders whether he would take the same approach to a “straight” vicar living with an opposite sex partner who wasn’t even engaged to him/her?

Of course, the problem here is the simple fact that TEC has failed as a corporate body to come up with an even vaguely coherent theology of marriage and sex to replace the one laid out in the 1979 Book of Common Prayer. This failure demonstrates the typical theological approach taken by the 815 hierarchy – do whatever you like and then write General Convention resolutions afterwards to make it OK. This is the same kind ofÂ wilfulÂ (unChristian) independence that is the reason behind the current schism in the Anglican Communion and why the Provinces need a Covenant to hold them together. It’s also the reason why TEC don’t like the Covenant, because it will stop them doing whatever they want (what the “Holy Spirit” is telling them) and finally bring them to account.

Once again, this has nothing to do with opposition to same-sex relationships per se, andÂ everything to do with pointing out that TEC has long since abandoned doing proper Anglican theology. Even some leading proponents of revisionism recognise this, but 815 has yet to realise the utterly inconsistent position its Dioceses find themselves in.