News today that the Status Quo in place in the Church of Scotland while in undertakes a two year study into what to do about clergy in same-sex relationships is being stretched. 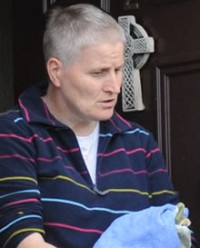 A FEMALE minister has shocked her congregation by revealing she has a girlfriend and plans to marry her.Â One Church of Scotland elder has resigned and others could follow suit after Reverend Lynn Brady (pictured)Â  told them of her civil partnership plans ahead of an emergency parish meeting this week.

The 47-year-old failed to show for yesterday’s service at Newburgh Parish Church in Fife. Parishioners were told she’d gone on “holiday” and a locum minister took over.Â A church source said: “The congregation are stunned – this has come as a complete surprise. There is a lot of division over the minister’s sexuality.Â One of the elders has resigned and there are others considering their position.

“Personally, I don’t think this is right and I don’t believe in same-sex civil unions.Â Rev Brady has been a conscientious minister but this is going too far. A lot of us are stunned by this development. This is a quiet parish and we do not welcome the glare of publicity.Â The elders had agreed they would do everything they can to keep this quiet.”

Originally from Glasgow, the reverend is understood to have been popular among her congregation in Newburgh since she arrived in 2002.Â Before her ordination, she worked as an aid worker in Africa and Pakistan and raised thousands of pounds for Marie Curie Cancer Care by cycling 400 miles from Poland to Lithuania.

Her announcement could cause further turmoil for the Church of Scotland, months after they decided to allow the ordination of homosexual ministers pending a special theological report due in 2013.Â And it comes two years after the appointment of openly gay Rev Scott Rennie to Queen’s Cross Church in Aberdeen threatened to split the Kirk.

A Church of Scotland spokesman said: “We are not prepared to comment on private matters.Â The Church of Scotland has set up a theological commission to examine whether persons in a civil partnership are eligible for admission for training, ordination and induction as ministers of Word and Sacrament, or deacons, among other issues.”

There isn’t anything in the moratoriums that have been in force since this Spring’s meeting of the Kirk General Assembly which prevents this, but my understanding is that all sides have been asked not to do anything that would be precipitative. In fact, Deliverance 4 of the important motion this Spring said,

During the moratorium set out in 8 below, allow the induction into pastoral charges of ministers and deaconsÂ ordained before May 2009 who are in a same-sex relationship.

and that leads one to ask what if anything Rev Brady is doing that is illegal in the Kirk context? The answer must be no. The real force of this event is not a breaking of a rule but rather what some might consider a “precipitative act” in the light of the fact that the Church of Scotland is fundamentally split on this issue.