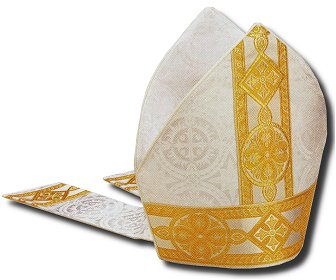 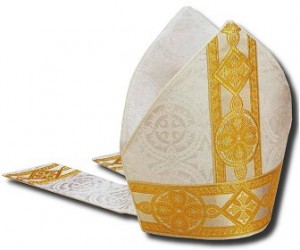 All 44 dioceses have voted and the results are in. The Women Bishops legislation will return to Synod in the new year and will see the critical decision. Which way will the vote go?

At first, looking at the results from the Dioceses, it seems a fore-gone conclusion. The table below shows the votes in the different dioceses and you can see that overall the numbers voting “No” were around 23% in the houses of clergy and laity.

Let’s look back at 1992 and the Women Priests vote. Here are the Diocesan votes from the 1990 consultation process.

At this point during the process last time round, the “Against” figures in the dioceses were about 40% higher then they currently are. When compared to the final voting figures (Clergy 29.6% for No and Laity 32.7% for No), they indicate that support for ordaining women was higher in General Synod for clergy than in diocesan synods and equivalent for laity. Other things being equal then, we would expect neither houses this time round to reach the necessary 33.3% blocking level to prevent a super-majority being achieved (General Synod votes of this kind require a two-thirds majority in all three houses).

But if only it were that simple. When the vote was undertaken in 1992 it was on the basis of robust protection for dissenters. Parishes that objected to women bishops could effectively take themselves out of the geographical diocesan system and place themselves under a “Flying Bishop”. The motion in 1992 only received a super-majority because it was understood that those who objected were being “looked after” and this prompted many who were in two minds to vote in favour of the motion.

Last year General Synod voted on a number of amendments which sought to provide equivalent protection for dissenters underÂ statutoryÂ powers (as opposed to just a Code of Practice). As I wrote back then, the numbers in General Synod supporting such a motion were not enough (50%) to get such a motion onto the proposed Act, but they were enough to compose more than enough votes to block a super-majority in favour of Women Bishops at this point. At the time I blogged,

I suggest that the chances of the vote failing at the last hurdle are greater then some might think, especially given the fact that the most conservative amendment (separate dioceses for dissenters) received the support of 32% of those who voted (remember it needs just over a third â€“ 33.3% â€“ to say â€œnoâ€ for the whole measure to fail). Given that the votes donâ€™t always fall equally in each House, the chances that the final vote will fail in one or more House (I would suggest in the House of Bishops or Laity is most likely) is not insubstantial.

18 months on and we have a newly elected General Synod which most commentators agree is as conservative, if not slightly more so than the last one. Whilst it is very unlikely that there will be a mass “rebellion” in the House of Bishops, if enough laity were concerned about providing suitably robust safeguards for dissenters then it is still possible for the legislation to fail next year. Although there is clearly a super-majority in favour of women bishops in General Synod, are there a number of Synod members who would be prepared to push the whole debate off the schedule for 5 years (until the next General Synod is elected) in order to insist on a statutory basis for the protection of those who dissent?

Think this idea far-fetched? Consider this. I analysed all the votes at diocesan synods since the start of October, not just for the main motion on the substantive legislation but also secondary motions seeking to affirm some form of greater statutory protection (as envisaged by the Archbishops last year and as articulated in the CEEC motion that was offered at several diocesan synods. On average, for those synods that had such a secondary vote, the overall vote against the substantive motion was 28.0%, but the % in favour of some form of more practicalÂ accommodationÂ for dissenters was a staggering 40.7% (1.45 times the amount of votes). Apply this multiplier to the diocesan vote figures above and suddenly the 23.5% and 22.9% clergy and laity opposing the motion becomes 34.2% and 33.3% – exactly the kind of figures necessary to dump the legislation. If you just examine the votes for a motion similar to that presented by the Archbishops, the multiplier becomes 1.64, easily enough to kick the idea of Women Bishops into touch for a decade.

All the evidence points in one direction – there is a substantial minority, enough to wreck the legislation, that believes we should have Women Bishops but also believes that a non-statutory Code of Practice is not sufficient to protect dissenters. If enough of this minority decide to vote against the substantive motion on this basis, there is more than an outside chance that they will succeed. The question now is whether the political will for such an action exists amongst this minority. It is that decision which will settle the matter just a few months from now.

41 Comments on “Women Bishops – The Numbers”