They’re Off in the next Archbishop’s Race

Just published by yours truly over at politicalbetting.com 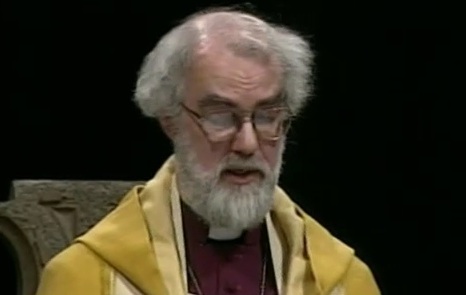 Letâ€™s get some preliminaries out of the way. As regards selection, the Archbishop of Canterbury is selected by the Crown Nominations Commission which is made up of lay, clergy and bishop members elected by the General Synod, together with some other co-opted and appointed members. You can see the current listÂ here, though it is likely to change before the appointment of Rowanâ€™s Successor.

As far as I can see there is only one bookmaker,Â PaddyPower, who currently has a book open on this market. For another perspective, look at the poll we did over atÂ The TwurchÂ in September and see how the placings neatly match up! Letâ€™s go through the list at PP and see what we make of the candidates.

The bookies favourite and at 62 just about young enough to do the job till heâ€™s 70. Heâ€™s been increasing his public profile in the past few months (helped by his PR whizz Kerron Cross) and his candidacy may very well hinge on the Churchâ€™s response to issues like Gender Neutral marriage â€“ the more conservative and confrontational, the more Sentamu looks like the man to do the job. On top of this, to put it bluntly, the colour of his skin is a huge advantage for the Ugandan born Archbishop of York to translate to Lambeth Palace and represent not just the Church of England but the whole worldwide Anglican Communion.

Currently Bishop of London and passed over last time, backing Chartres is like throwing all your money on Ron Paul for the Presidency. It is almost inconceivable that a man who wonâ€™t ordain women will become the Primate of the Church of England in the first twelve months after they agree to have women bishops (which will very likely happen this summer). Not a hope.

The Bishop of Coventry is where all the smart money is right now. The former Principal of the vicar factory Ridley College, he has just been appointed Chair of the Churchâ€™s Faith and Order Commission, the closest the CofE gets to an interpretative body on doctrine and practice. If youâ€™re thinking reading that that it sounds important, youâ€™d be absolutely right. On top of this, heâ€™s liked across the theological spectrum. If Betfair were to open a market on this then I would see him giving Sentamu a run for his money for top spot.

Media savvy Nick is a regular on Chris Evansâ€™ Radio 2 show and he knows how to handle the press. However, heâ€™s perceived by many on the more traditional and conservative side of the church to have drifted quite far from his Evangelical roots and itâ€™s hard to see him getting the support this time round.

Give the guy a chance â€“ heâ€™s only just taken over as Bishop of Durham from Tom Wright and before that he was just a Cathedral Dean.

Justin Welbyâ€™s predecessor in Durham. An awesome academic theologian but, letâ€™s be honest, a lousy administrator and manager. He left Durham to go back to Professorship and not even the Archangel Gabriel could convince him to go back into Church leadership.

If we were doing this piece in a decadeâ€™s time Stephen would be top of the list. The problem with his candidacy this time is not that he is a brilliant communicator and mission leader, but that the Church of England tends to alternate between liberals and conservatives for the occupant of Lambeth Palace. As by far the leading liberal candidate in the field, he just wonâ€™t be considered because itâ€™s the other campâ€™s turn these days.

Amongst other names that might be thrown about is Graham Kings, Bishop of Sherborne and Theological Secretary of the Evangelical group â€œFulcrumâ€. Graham however is only a â€œSuffraganâ€ or assistant bishop at the moment â€“ it would be a huge leap for him to go straight to Canterbury. If you were interested in a long shot, stick a tenner on Mike Hill at 20/1, currently Bishop of Bristol. Solidly Evangelical and very popular in the Charismatic camp, he could very well emerge as a compromise candidate if problems arose with the leaders in the race.